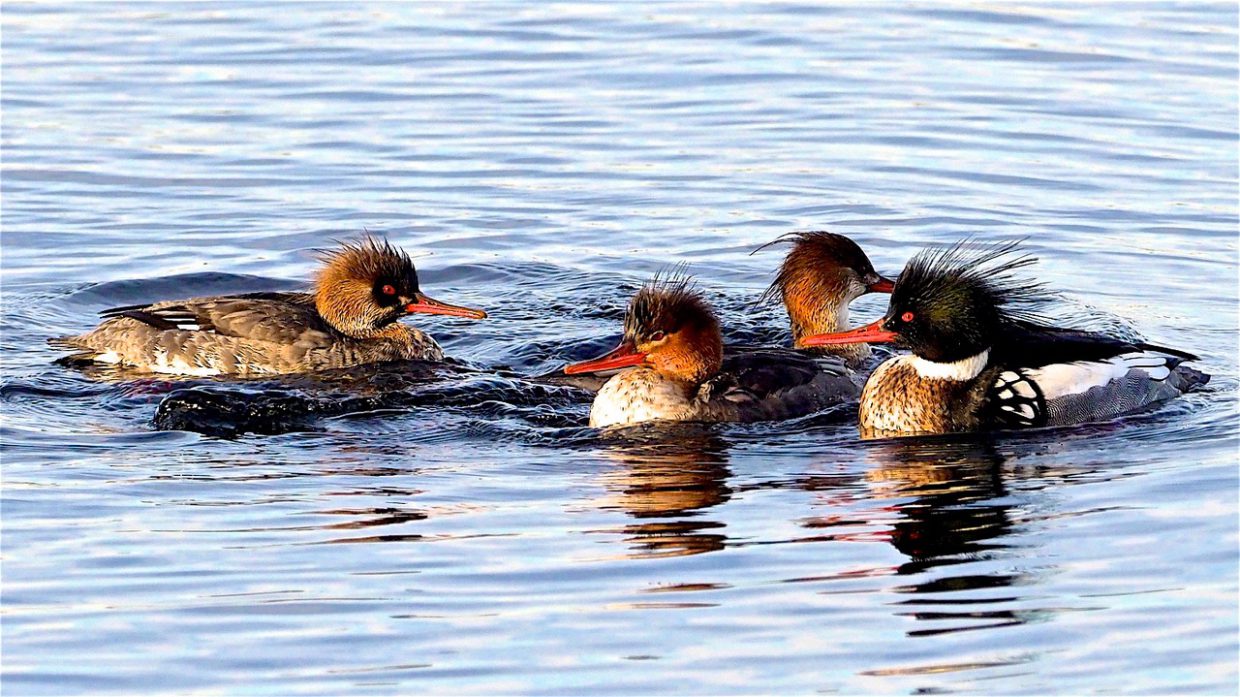 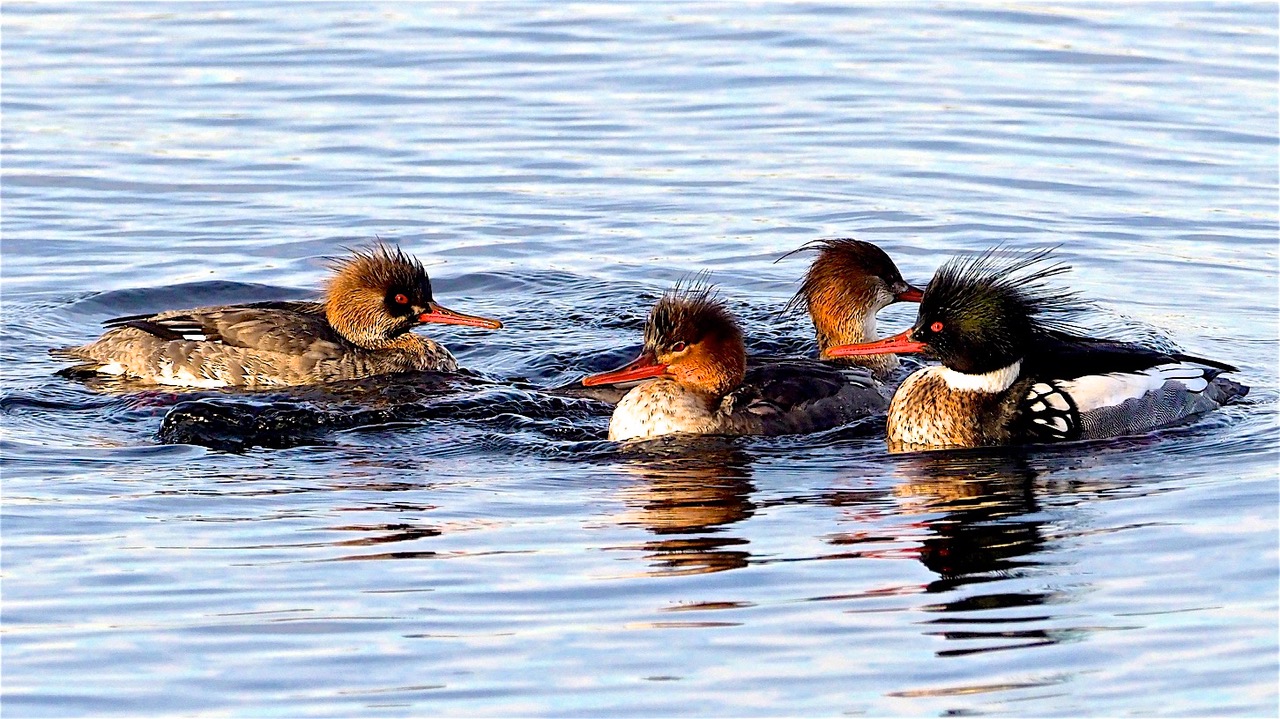 Red-breasted mergansers are diving fish ducks with serrated bills, who frequent parts of the Connecticut River in the winter and breed in Canada in the summer. Credit: Ray Uzanas

Meet the red-breasted merganser, a strikingly beautiful diving duck, with a “shaggy,” crested head, who regularly visit estuaries, like the Connecticut River, in the late fall and winter.

“It is, like all the species of its tribe, a most expert diver,” wrote John James Audubon of the red-breasted merganser in 1833, adding, “and on being fired at with a flint-locked gun [it] generally escapes by disappearing before the shot reaches the place where it has been.”

The “tribe” that Audubon is referring to are mergansers, a family of diving ducks who have spike-like, serrated bills that act like teeth, helping them grip their quarry: small, slippery fish. They include the common merganser, hooded merganser, and red-breasted merganser. All three visit Connecticut.

What’s also fun about these birds is you do not need a high-powered spotting scope to observe them. Red-breasted mergansers hunt their prey in shallow water, close to shore, so you can often get a good look at them, without extra equipment.

In fact, off the tip of the Borough of Stonington, CT, where the water is clean and clear, I have often watched red-breasted mergansers, submerged, use their feet for propulsion and scuttle along in waist-deep water for a minute or more. They are very agile underwater.

Male red-breasted mergansers, for example, sport a dark green head, with a shaggy, crested hairdo, red beak and eyes, a handsome white collar around the neck, and a pretty rust-colored chest.

There’s a good reason female birds do not sport showy colors. When they’re sitting on a nest, incubating eggs, the last thing they want to do is stand out for predators. Instead, they want to become almost invisible and blend into the environment with very bland colors.

Bill Hobbs is an avid bird watcher and nature writer for The Day newspaper in New London, CT. He can be reached for comments at whobbs246@gmail.com.

Check out these other articles by Bill Hobbs in Estuary magazine.

The Many Gifts of a Crow