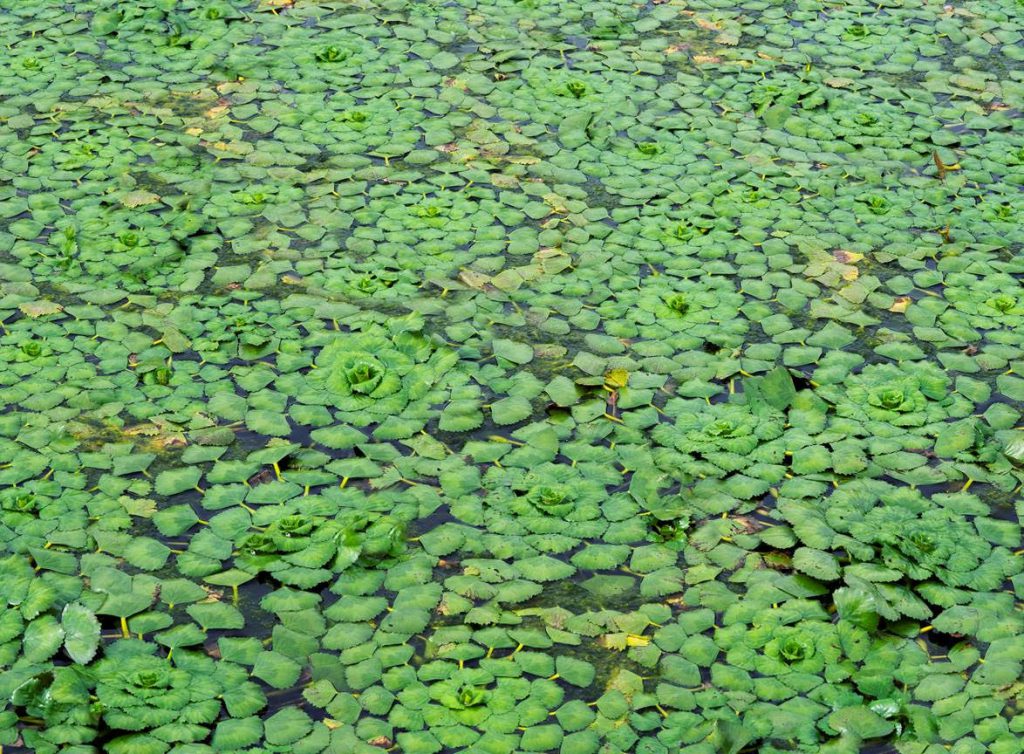 They may look like Lily Pads, but they are not! The aquatic plant known as Trapa natans has the unfortunate common name of water chestnut, leading people who are first hearing about it to think that it may well be a bonus source of that good appetizer, with a strip of bacon wrapped around it.

This invasive species has gradually been moving down the Connecticut River from several large concentrations in Massachusetts. In 2011 …