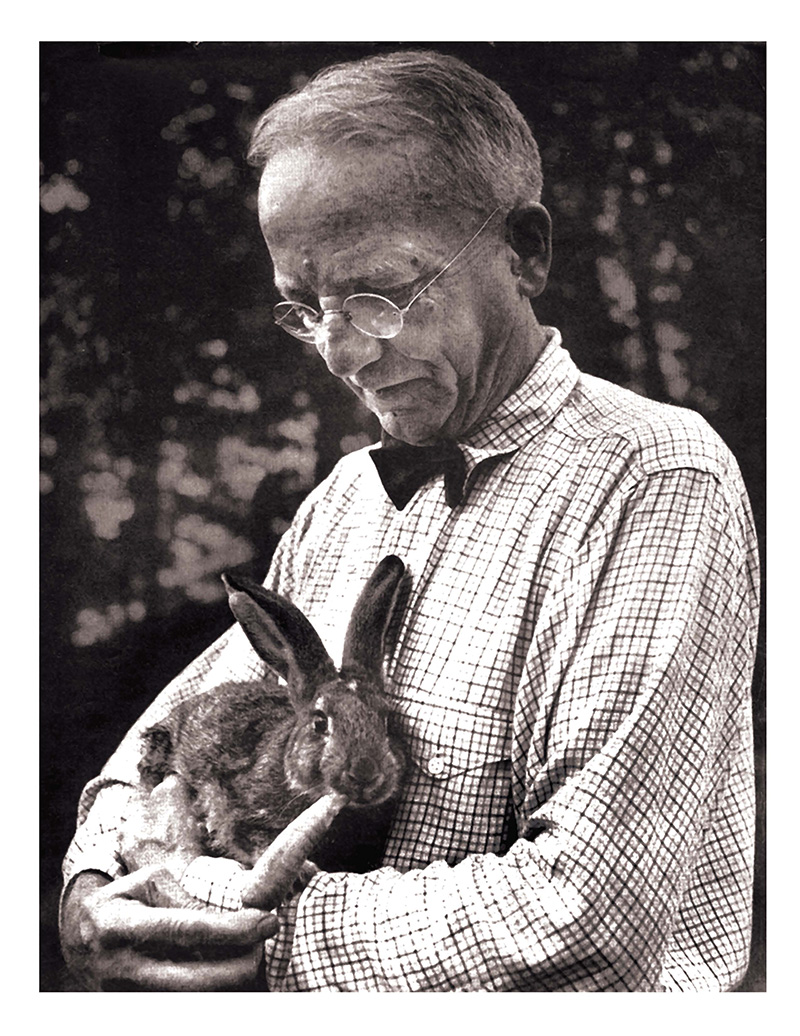 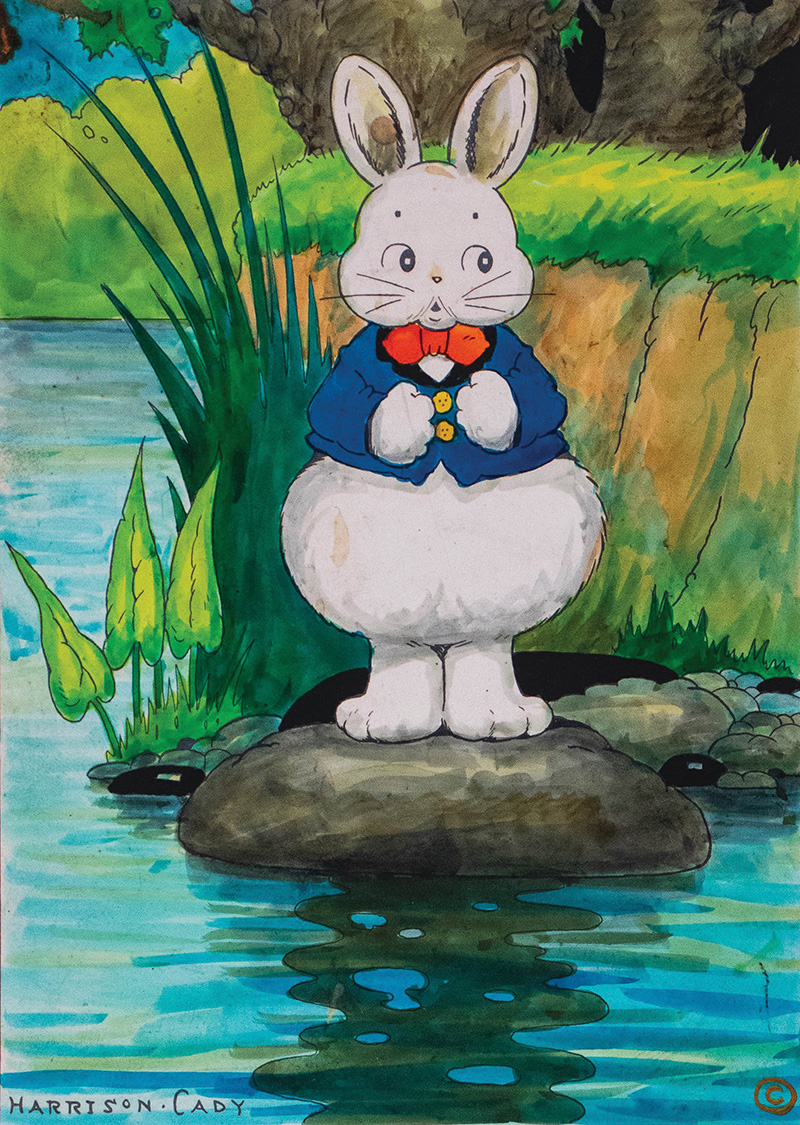 Thornton W. Burgess, who was born nine years after the Civil War and died in 1965, was well ahead of his time.

He was raising the environmental consciousness of Americans half a century before Earth Day and Rachel Carson’s Silent Spring.

A century ago, when America was busy befouling its land and waters, Thornton W. Burgess’s prose celebrated the importance and the sheer wonder of wilderness.

From his perch in Springfield, Massachusetts, half a mile from the Connecticut River (the Big River in his fictional narratives), Burgess penned lyrical tales about the wild things and wild places he cherished. Generations of American children—including legions of future environmentalists—learned to love his colorful, mostly true-to-life characters, which roamed the New England landscape—the likes of Reddy Fox, Unc’ Billy Possum, and Shadow the Weasel.

His wild bunch had rip-roaring adventures along the Laughing Brook, beside the Smiling Pool, and in the Green Forest. They fought, gossiped, connived, and chased one another. But they shared one unshakable conviction: all of them were afraid of Farmer Brown’s Boy, who (until he saw the light) tried to maim them with his steel traps and shoot them with his “terrible gun.”

Even Buster Bear was terrified, although one day, in a glorious epiphany, the wild ones saw that the scary boy was petrified of Buster as well. Watching the lad retreat in haste after spying the bear’s footprint in the mud, Little Joe Otter exclaimed: “For once he knows just how we feel when he comes prowling around where we are. Isn’t that great news? Now we’ll get even with him!”

Perhaps the only Burgess creation that wasn’t overly concerned about human beings was Jimmy Skunk. The author was particularly fond of Jimmy and kept several free-range (and unaltered) skunks as pets at his country retreat in nearby Hampden. He treated them with respect and affection; and they him (nobody got sprayed).

In a profile published in Life magazine in 1960, Burgess explained his fondness for the ambling omnivore: “Jimmy Skunk is armed for defense rather than offense, minds his own business, works hard, is absolutely independent, and doesn’t back up for anybody.” Burgess’s books are full of such anthropomorphic aphorisms.

His chapters often begin with catchy moralistic couplets, like this one:

The Imp of Mischief, woe is me,
Is always busy as a bee.

Almost as important as what Burgess wrote about was how much he wrote. Of his more than seventy full-length and wonderfully illustrated children’s books (the tally is roughly 170 if less formal booklets are counted), thirty-two are still in print. His 1919 avian field guide for children beat Roger Tory Peterson to the punch by fifteen years. Total Burgess book sales are estimated to be approaching ten million. Few authors of any genre or era can boast such a run.

But that isn’t the half of it. From 1910 to 1960 Burgess wrote six nature columns a week for daily newspapers nationwide—each and every week, without fail. In his prolific career, Burgess produced more than 15,000 columns about Sammy Jay, Happy Jack Squirrel, Johnny Chuck, and the rest of the woodland crew.

The pieces appeared in more than a hundred broadsheets, including the New York Herald Tribune, and encouraged young readers (and their elders) not only to be kind to animals but also to take proactive measures, like establishing wildlife sanctuaries. In a four-year span, by one count, his North American readers set aside more than three million acres for birds and other species.

Burgess took full advantage of “the new media.” He hosted a syndicated radio show and recorded his stories for Columbia Records. In addition, he spoke regularly to school and civic groups—one such presentation in Kansas City drew an audience estimated at 10,000 people (his columns ran in the Kansas City Star).

Burgess’s popularity stemmed in part from the fact that his furry and feathered friends were a lot like his readers: they spoke proper English, got themselves into jams, and wrestled with existential questions. But his stories also are grounded in ecological accuracy. Burgess was a country boy, born and raised in Sandwich on Cape Cod, and he knew firsthand what he wrote about. Weasels ate squirrels, when they could catch them. Reddy Fox was forever chasing Peter Cottontail, and Jimmy Skunk raided Farmer Brown’s hen house for eggs. Everyone had to make a living.

Burgess understood this imperative well from his own hardscrabble upbringing. His father died before he was a year old, and his mother was often ill. As a preteen, his labor was crucial to filling the family larder. He herded cows for a local farmer, picked cranberries and beach plums, trapped muskrats for their pelts, and caught native trout for supper. The natural world was as important to his survival as it was to Grandfather Frog or Billy Mink.

When Burgess landed a job for a Springfield publishing house in 1895 as an office boy, he commenced, naturally enough, writing about the wild places and wildlife he knew so well. He wrote, for example, about his long canoe trips up and down the Connecticut River. Initially he penned animal tales for the entertainment of his young son. Soon he would have a larger audience. 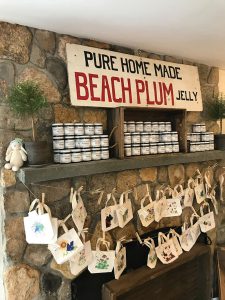 For more than a century millions of young people have read (or had read) his engaging tales about creatures that many may never run across. After all, the frontier was no more, and modern Americans lived predominately in cities and suburbs. Few would have encountered Shadow the Weasel or Flathorns the Moose, although most were acquainted with Happy Jack Squirrel and Mrs. Quack.

The Adventures of Poor Mrs. Quack is a prime example of how Burgess melded his engaging fiction with environmental advocacy. The book was published in 1917 when Americans were debating whether to protect migratory birds, which in the early 1900s could be hunted indiscriminately for food, fun, or simply their feathers. Many species common today, including ducks, Canada geese, and shore birds, were in trouble in the early 1900s.

Mrs. Quack recounts her harrowing journey, from wintering grounds down south up to New England, running the gauntlet of hunters along the way. When she arrives at the Smiling Pool—The Big River, replete with shooters on its banks, wasn’t safe—she is alone, having lost her mate and her flock to those “terrible guns.”

She is sad, of course, but also bitter toward human beings who don’t play fair: they bait her kind with corn and decoys, hide in the bulrushes, and kill more ducks than they need for dinner. Never mind hawks and owls, Mrs. Quack tells Peter Cottontail, that man is the predator she fears the most: “It wouldn’t be so bad if a hunter would be satisfied to kill just one Duck, just as Reddy Fox is, but he seems to want to kill every Duck.”

She makes a powerful and emotional case. Burgess’s newspaper columns also reflected his belief that hunting in general and trapping needed to be regulated, that animals need safe places to live just as human beings do. In 1918 the Migratory Bird Treaty Act was passed and signed by President Woodrow Wilson. It protected more than a thousand species from wanton human assault during their migration and has since been updated periodically, most recently in 2020.

Prominent conservationist William Hornaday, at the time director of the New York Zoological Park (today the Bronx Zoo), was among those who credited Burgess’s passionate prose with helping to garner public support for the groundbreaking law.

“The role of Burgess in American conservation is quite exciting and is little known,” said Christie Palmer Lowrance, whose 2013 biography of the author is titled Nature’s Ambassador: The Legacy of Thornton W. Burgess. “His influence in many ways was subtle; things like the bird sanctuary program attracted individuals in every state to provide habitat. It gave the sense that we can do something about the environment as individuals.”

Burgess also presented Americans with a radically new perspective on the Great Outdoors. It wasn’t the howling wilderness of centuries past, to be feared and subdued for the sole benefit of humankind. Rather the natural world was a wonderfully inviting place filled with a lively cast of characters—creatures with fears and hopes and needs not unlike those of his readers. They just wanted to live.

Besides his books that are still in print, Burgess’s legacy lives on in other tangible ways. There is the Green Briar Nature Center and Jam Kitchen in Sandwich, established by the Thornton W. Burgess Society. After his death, Mass Audubon purchased his Hampden homestead: today its nearly 400 acres offer four miles of hiking trails that meander past a smiling pool, overlook a laughing brook, and wend their way through a green forest.

On a recent visit, two hikers took the two-hour-long journey and encountered, among many other species, a pileated woodpecker and a barred owl. And, oh yes, Sammy Jay was there to greet them at the trailhead.