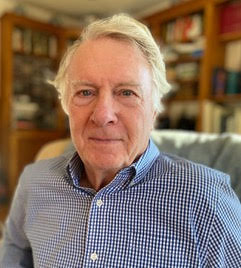 On May 31 the Connecticut Society of Professional Journalists announced the winners of this year’s Excellence in Journalism contest. David Holahan won first place in the Magazine Features category, adding another CSPJ prize to more than a dozen he has won in the past decade.

Estuary’s publisher Dick Shriver says, “LaPlace is just the perfect subject for Estuary magazine. We’re dedicated to the Connecticut River’s past, present and future. The river is a treasure to naturalists of all kinds and provides a wonderful variety of recreational opportunities.”

Holahan says LaPlace was “a force of nature in the most literal sense.”  He was the last of the watermen. People came from all over to hunt with him, and he “quietly became famous.” ( He even had his own table at the Griswold Inn in Essex.)

Holahan is a seasoned journalist who has written for the New York Times, CT Mirror, Washington Post, Wall Street Journal, Chicago Tribune, and others as well as travel articles and book reviews.

He is particularly pleased to be writing for Estuary magazine which is a “wonderful group of naturalists and writers who are knowledgeable about and committed to the environment. The Connecticut River is kind of amazing and hard to miss -- but often overlooked. Rivers started out as utilitarian, as exclusively transportation, and shut out the general population. People didn’t value rivers as a resource or take advantage of their offerings. Now I think Estuary magazine is trying to say that the Connecticut River is an important resource and one that can bring great joy to those who get to know it. The magazine reminds us to look out for the health of the river and inspires us to get involved.”

Estuary is published quarterly, available on line and at the Griswold Inn Shop and The Connecticut River Museum in Essex, Wild Birds Unlimited in Old Saybrook, and Coffee’s Country Market in Laysville.