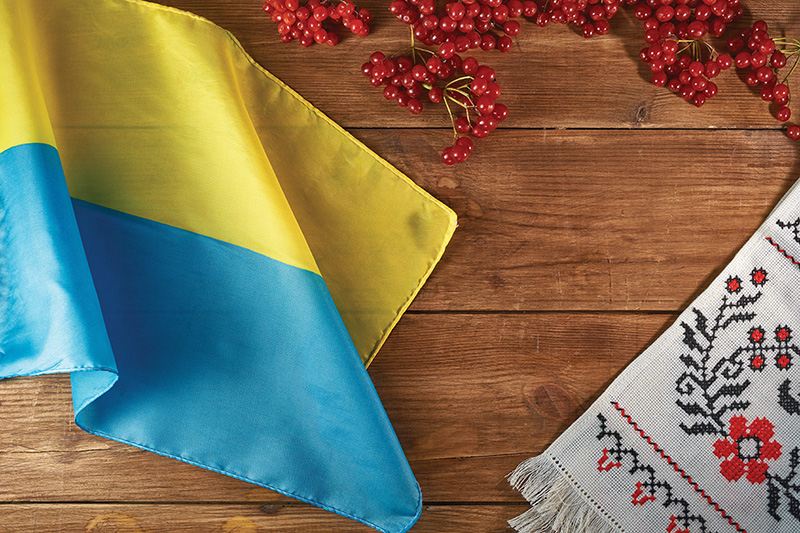 When Russia invaded Ukraine on February 24 and took over the defunct Chernobyl nuclear power plant in northern Ukraine, my thoughts turned to Thanksgiving Day, 1995. It was our first Thanksgiving in L’viv, Ukraine, where my wife, Barb, and I were based for the next seven years. (The concept and pageantry of Thanksgiving was so appealing to Ukrainians that many asked to be invited back the next year; as can happen with such popular annual events, by the time of our final Thanksgiving there in 2001, we had 74 guests and 7 turkeys.) A few days before that first Thanksgiving, I visited the huge Bessarabski open-air market in Ukraine’s capital city, Kyiv, where I purchased two pounds of cranberries.

While helping to prepare for the festivities, our Ukrainian guests were not shy. “Where did these cranberries come from?” they asked. I said the shopkeeper had told me they were from the Carpathian Mountains (in southwest Ukraine). Our knowledgeable friends said that was virtually impossible, that these cranberries had almost certainly come from the Chernobyl area where they would have absorbed much radiation. This was not guesswork on their part. They “knew” the shop-owner had lied to me in order to make the sale. In the event, Barb’s freshly-made cranberry sauce was thrown out.

Chernobyl is just one of many environmental disasters in the former Soviet Union. We don’t hear much about them through the state-controlled media, of course, and “official” statistics are notoriously skewed. Nonetheless, I’m reminded of our personal, random, ad hoc observations of environmental matters during the twelve years we lived and worked throughout the former Soviet Union.

To protect against excessive radiation, we took our own Geiger counter into certain areas, especially for anyone planning to work near Chelyabinsk, Russia, or Semipalatinsk in Kazakhstan. Over 400 nuclear weapons had been test-fired near Semipalatinsk, exposing more than a million people to radioactive fallout. Today, the Semipalatinsk test site has become the “best-researched atomic testing site in the world, and the only one in the world open to the public year-round.”

No one went near the secret cities where nuclear weapons were developed, such as the ghoulish underground, secret city, Chelyabinsk–40; weapons-grade plutonium was produced there by thousands of workers including prisoners who had opted for this occupation in exchange for a lesser sentence, a commutation their communist bosses knew they would never live long enough to enjoy.

Not once in those twelve years did we drink water from a tap. Anywhere. You could often see impurities with the naked eye. Peace Corps volunteers joked (or was it a joke?) that they brushed their teeth with vodka. Water that came to our apartment in L’viv, for example, was ostensibly clean in the reservoir whence it came, a few miles away, but to save energy, the water pumps were only turned on twice a day: once in the morning and again in the evening, for one hour each time. When the pumps were operating, the old cast iron (Austro-Hungarian) and stainless steel (Soviet) pipes bringing the water to the city, pitted by electrolysis over decades, exfiltrated water into the surrounding earth; conversely, when the pumps were turned off, ground water infiltrated back into those same corroded pipes bringing in all manner of pollutants and chemicals dumped and leaked into the surrounding earth over previous decades.

The Aral Sea, once more than twice the area of the Connecticut River watershed, was reduced to the size of a couple of New England counties as its water was siphoned off to, among other places, the Ferghana Valley in Uzbekistan to produce “white gold,” or cotton.

Paradoxically, there is plenty of pure water in Russia. Twenty percent of the world’s fresh water can be found in a single place, Lake Baikal, in Siberia. We drank it…and cooked and ate the famous trout-like fish found there, the Omul, best caught at night in the pale light of a quarter moon.

Once, on a plane from Alaska to the Far East Russian city of Khabarovsk, we flew with dozens of Americans headed for world-class salmon fishing along the Kamchatka Peninsula. Never ones to fuss with the fine points and traditions of an 1856 bamboo hollow-build Orvis fly rod, we encountered more evidence of Russians fishing with dynamite.

Heating plants in the USSR for apartment buildings and factories were brutally inefficient; by one American economist’s estimate, three to five times more energy was needed to produce the same result as in Europe or the US. After all, the artificial cost of energy under communism was nearly zero, so why bother to conserve it? By our own measurements at one site, the cost to keep just one broiler chicken comfortably warm during its 50-day life span averaged $2–3 per pound based on the world price of natural gas.

The great bear of Russia briefly opened up its cultural and ecological treasures to the world. Now, once again, the magnificent Tretyakov and Hermitage galleries, along with Lake Baikal and the great salmon-fishing rivers of Kamchatka, are out of bounds for most western tourists. One thing we know for certain: the Empire collapsed but the evil remained. 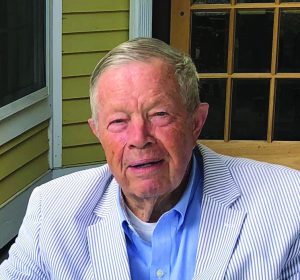