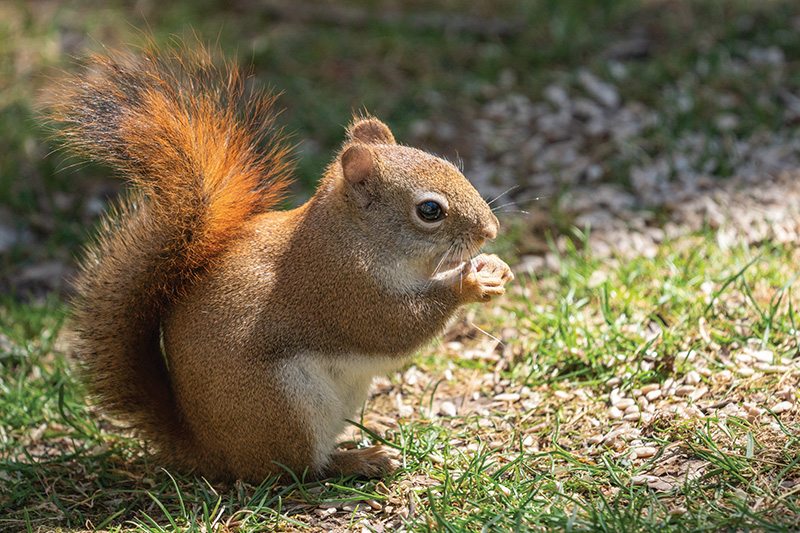 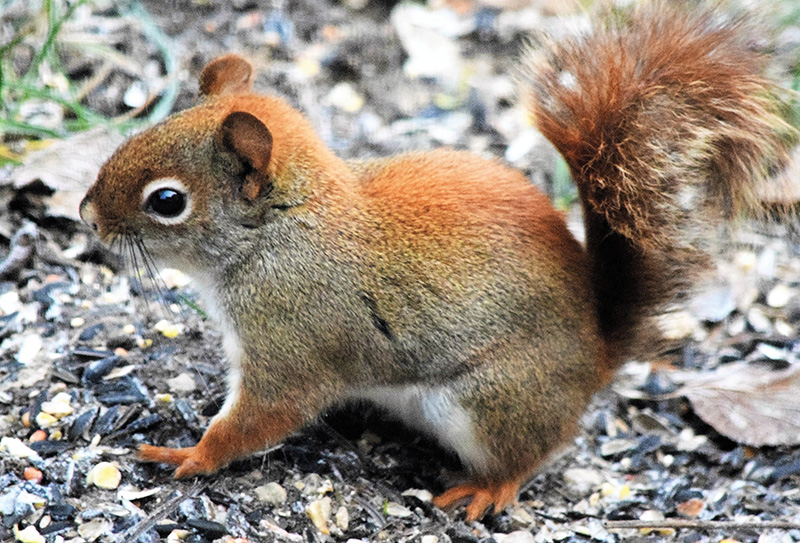 There are more than two hundred species of squirrels in the world, and the American red squirrel (Tamiasciurus hudsonicus) is one of the more interesting ones.

Native to the Connecticut River Valley, including much of the northeastern quarter of the US, Canada, Alaska, and portions of the Rocky Mountains, red squirrels are important ecologically for two reasons: Their foraging behavior helps disperse cone-bearing tree seeds, and they provide an important food source for many predators.

What’s also interesting is these tiny, foot-long (tail included) rodents are veritable speed demons, racing through trees at 14 miles per hour. And in the animal world, that’s fast! Especially up in the trees.

Why do red squirrels run so fast? You would too if you had martens, fishers, mink, weasels, bobcats, coyotes, red and gray foxes, hawks, and owls—some of the forest’s most agile and deadly predators—come after you.

Do red squirrels have any advantages over these predators?

“That depends on who sees who first,” explained Karen Bordeau, a wildlife biologist of 33 years with the New Hampshire Fish and Game Department.

For instance, Bordeau said, “If a red squirrel sees a predator first, and they’re in a tree and they feel like they have an advantage, they’re going to get really loud, chatter and trill, and let every other wildlife in the vicinity know there’s something going on here,” meaning they’re sentinels. Red squirrels help warn other animals of impending dangers, and the trills and chatters they emit may be part of a universal language that other animals understand. 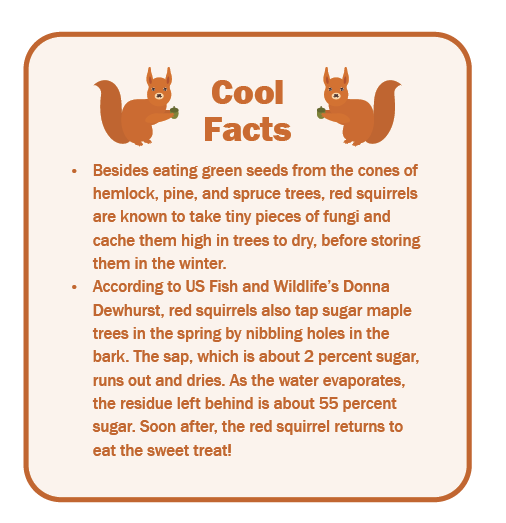 “But,” Bordeau added, “if a red squirrel doesn’t see the predator first, and the predator goes after them from the air, or chases them up a tree, it’s the agility and speed of the species to go from limb to limb and tree to tree that’s going to give the red squirrel the advantage.”

I also think—and this is purely speculative on my part—that these little balls of energy have another ace up their sleeve. Red squirrels must intimately know the best tree branches, pathways, and escape routes to take, when pursued by predators, especially if they’ve lived in their territory for a year or two. That is, the red squirrel is like the cottontail rabbit, who knows all the briar patches, holes in stone walls, and burrows to dive into, when they are chased by the same rogue’s gallery of predators.

Red squirrels typically nest in tree cavities and mate in late winter or early spring. (Some may mate a second time in July.) According to the website kidadl.com, the gestation period in females is short, lasting 31–35 days. They give birth to 1–5 babies in April or May, and males participate in caring for the young.

Finally, red squirrels may live up to 10 years, but due to the enormous pressures on them from predators, most live 3–5 years, or less.

Bill Hobbs writes a nature column for The Day newspaper in New London, CT. He can be reached for comments at whobbs246@gmail.com.