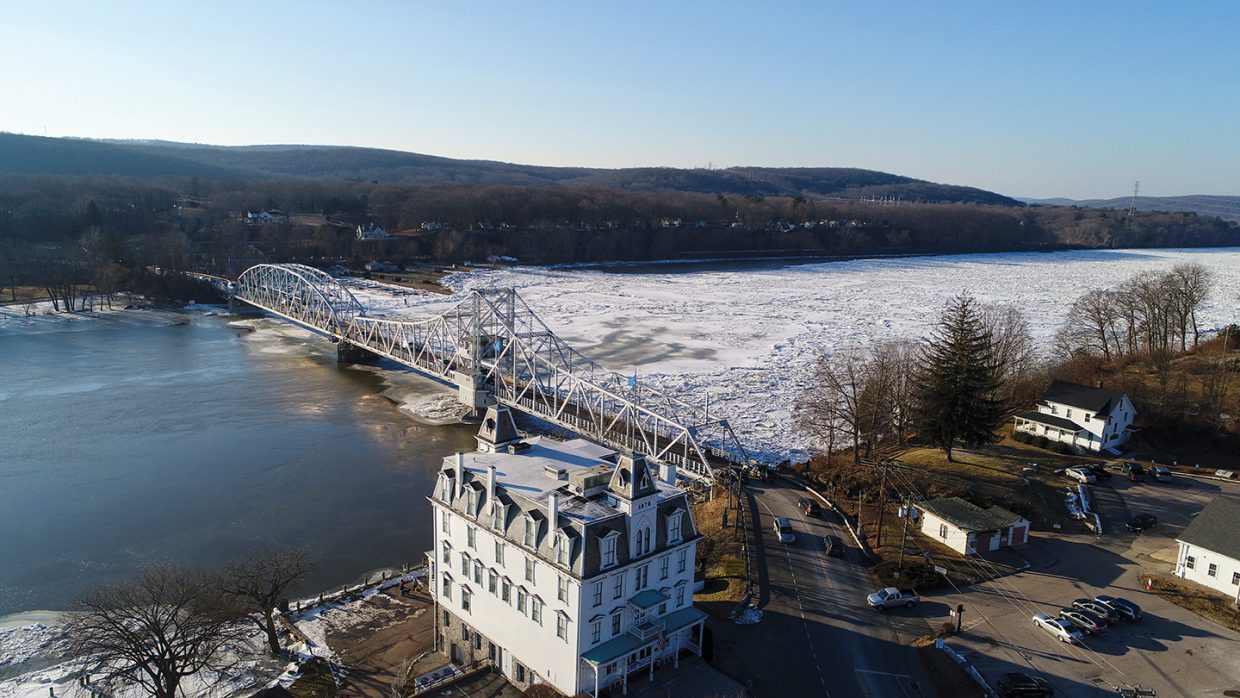 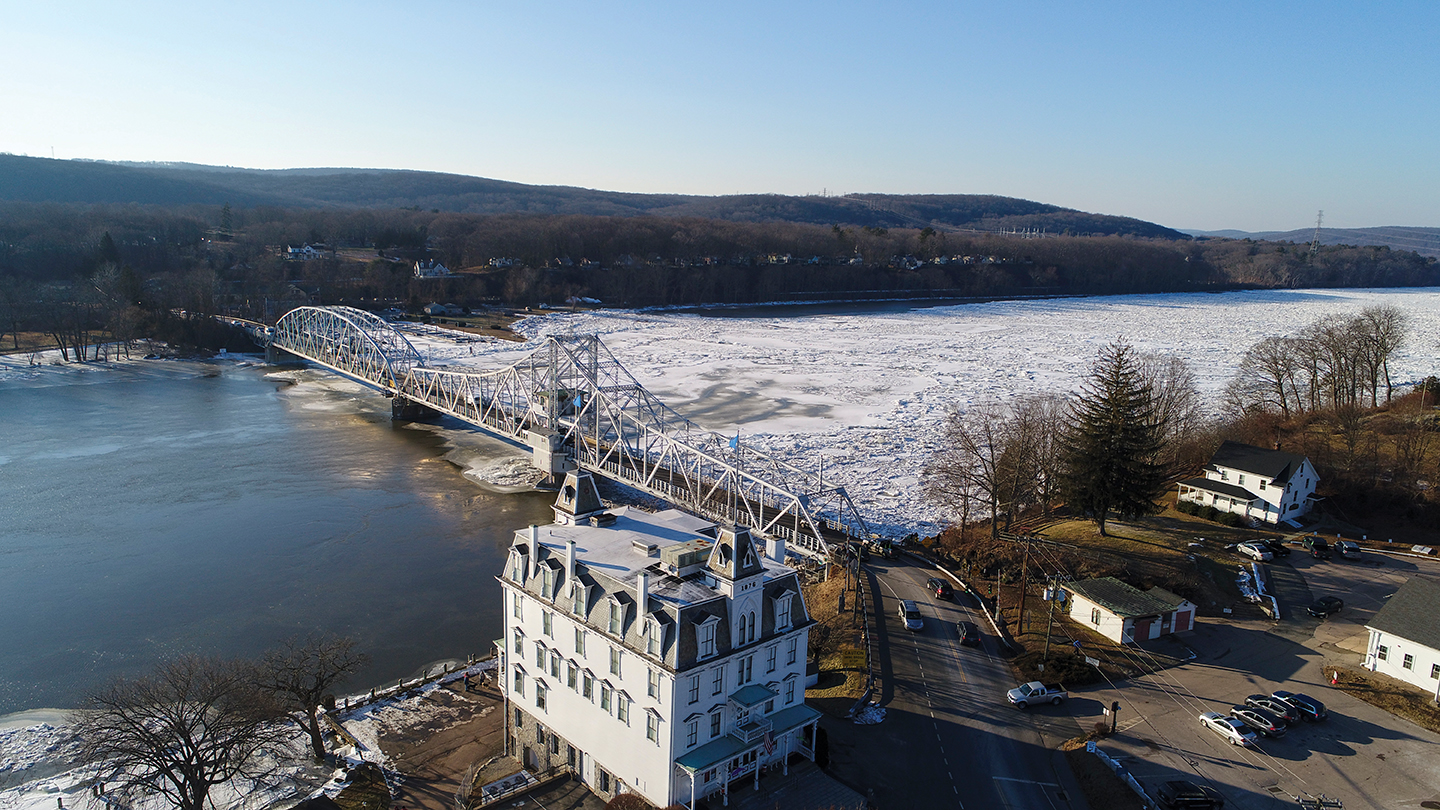 John Bissell, town clerk for Bolton, Connecticut, reported in 1741 that the weather that winter was frightful. One local traveled the 200 miles from Cape Cod to New York City by horse-drawn sleigh—as the crow would fly, over the ice of Long Island Sound. Closer to home, the Connecticut River was solid enough to cross on April 1, no fooling, according to Bissell.

In more modern times, it could be chilly, too. River skating on the Connecticut River in northern New England is common today, particularly above hydroelectric barriers such as the Wilder Dam just north of White River Junction New Hampshire. There are clubs whose members ply the glistening slab en masse. February of 2001 was especially good—skaters could glide upriver some 35 miles from Wilder to the Bedell Bridge at South Newbury, Vermont.

Down river, the ice is more problematic, naturally, plus there are icebreakers battling Mother Nature. But sometimes she wins, as she did in January 2018, creating a six-mile-long ice jam above the East Haddam Swing Bridge in Connecticut, 15 miles north of Long Island Sound. The frigid pileup became an instant tourist attraction. 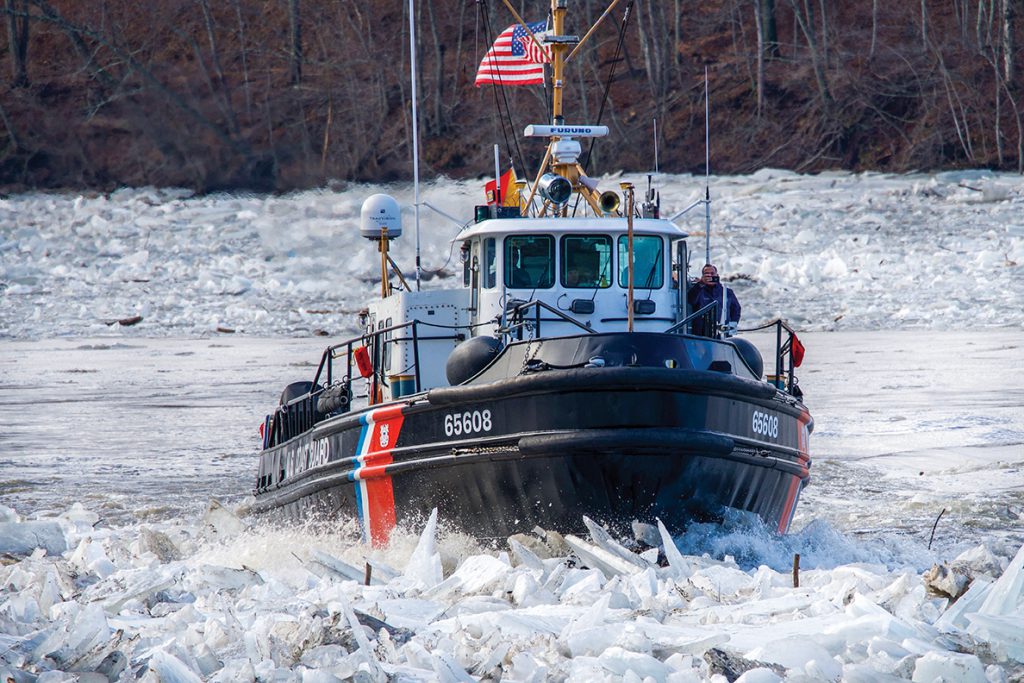 Coast Guard vessels break the ice along the Connecticut River to eliminate the ice dams and restore navigability to the river.

But for the sheer shivers, the winter of 1961 stands out. For four straight days, from January 21 to 24, the temperature in Connecticut never went above zero degrees Fahrenheit, registering 26 below one day.

Dick Everett, who lives in East Haddam and is rising 92, remembers such winters on the lower Connecticut River. People would use its frozen surface as a shortcut, not simply via ice skates—but in their automobiles. “Ernie and Bettina Fetske lived on the island at the mouth of Hamburg Cove [in Lyme, Connecticut] and they used to drive their car across the river to Essex,” he said, “We had some big freezes back then, and one time she finally lost the car, it’s still down in the river somewhere. She got out.”

Anita Ballek, also from East Haddam and a contemporary of Everett’s, recalls a story with a less happy ending; her uncle Todd would tell it at family gatherings. In 1889, the three bridges across the lower Connecticut River had yet to be built, and there were no ferries or boats that could brave the mid-winter ice. But townspeople would take advantage of the frozen river for a variety of purposes.

“Todd was 12 years old when they founded the East Haddam Grange here in town,” Ballek recalls. “He had the job to go across the river in a wagon and pick up the Master of the Connecticut Grange and his wife from the train in Haddam. They were coming to the opening ceremony.” 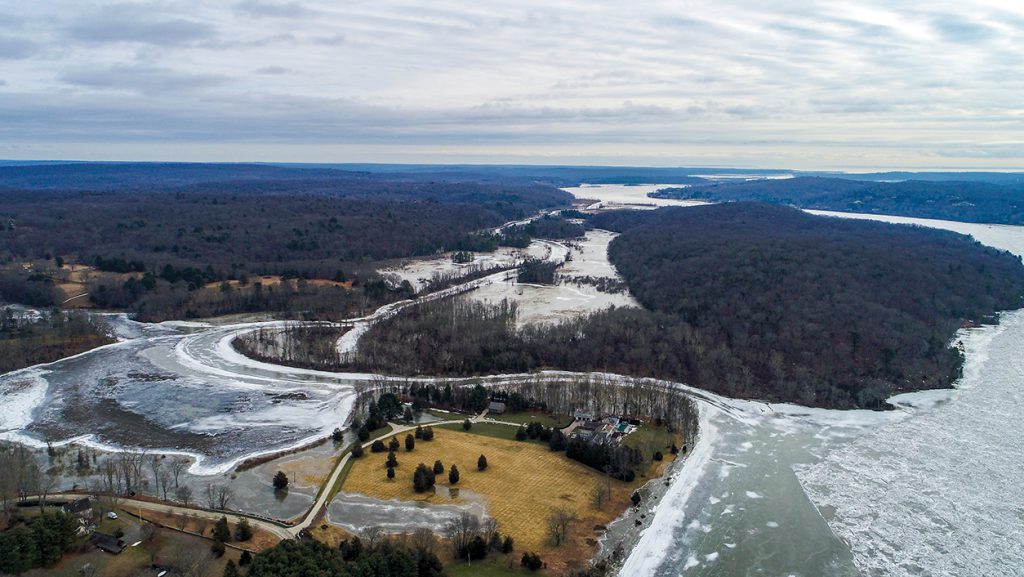 Also crossing the frozen river that day was a man driving a team of horses pulling a sledge weighted down with a load of cut timber. Winter was the only time that loggers could easily transport their harvest to the train in Haddam.

Before Todd reached the Haddam shore, he saw the team of horses pulling the sledge break through the ice and start floundering. Despite the driver’s efforts, there was no saving them. It was a most gruesome spectacle.

Nevertheless, Todd completed his mission. His load may have been lighter, but that could hardly have been comforting to a young boy and his passengers—much less to his horse.

Anita Ballek recalls Todd’s story vividly: “My uncle proceeded to pick up the master and his wife, who were very rotund people, and when his wagon came back down onto the ice going back across the river, there was a crack to the left and a crack to the right, and the horse shied. Todd had to jump down and lead him across. Those were treacherous times.”

The times may be a-changing, as Bob Dylan once growled, but old-timey winters do return periodically. Take the brutal winter of 2015. The Hartford Courant reported on March 1 of that year: “For the first time in decades, much of New England’s longest waterway is frozen solid from the Connecticut lakes near the Canada-New Hampshire border all the way down to Essex, a result of the record-breaking cold spell in February. With two feet of snow on top of the ice in Connecticut, it is sometimes difficult to tell there’s a river at all.”

The river ice that year was 25 inches deep in some places, thick enough to keep the Coast Guard’s ice-breaking Bollard occupied that winter in other, less challenging venues. Since 1967, the Bollard and Mother Nature have conspired to keep the Connecticut River wide open to oil barges and lesser transports.

Ice jam on the Connecticut River at Haddam Bridge in Haddam, CT, in 2018.

And people being people, a few saw fit to test just how thick the ice was seven winters ago. In Haddam, just north of the East Haddam Swing Bridge, enterprising locals plowed a sizable portion of the snowy riverfront to enable their trucks and motorcycles to joyride about on the slippery surface. They gamboled on the very spot where, 126 years previously, that team of horses pulling the sledge fell through the ice.

Being adaptable by nature, human beings have always found a way to take advantage of the big river, whether it was frozen solid or freely flowing. Bald eagles, too, flock in winter to the open waters of the lower Connecticut River—when their fishing grounds up north are frozen over.

Captain Mark Yuknat and his wife Mindy Hill, owners of the tour boat RiverQuest, make a living, in part, by bringing eagles and humans closer together. Docked at Eagle Landing State Park in Haddam, their 64-foot vessel takes as many as 2,000 passengers a winter downriver to observe eagles, and other wonders of the lower Connecticut River. They have been doing it now for two decades.

But they didn’t take a soul out in 2015. The couple’s aluminum-hulled boat was confined to its dock from December into March, imprisoned in ice. “I went out every day with a chainsaw to cut the ice away from the boat so it wouldn’t crush the hull,” Mark recalls. “It wasn’t a fun winter.”

He added, however, “I would say that overall the winters have been getting milder during the past 20 years. We’re warming up, there’s no question about it. The river is getting higher. The lowest dock at Eagle Landing always used to be above water at high tide; now it’s almost always underwater.”

The times they are a-changing, indeed.