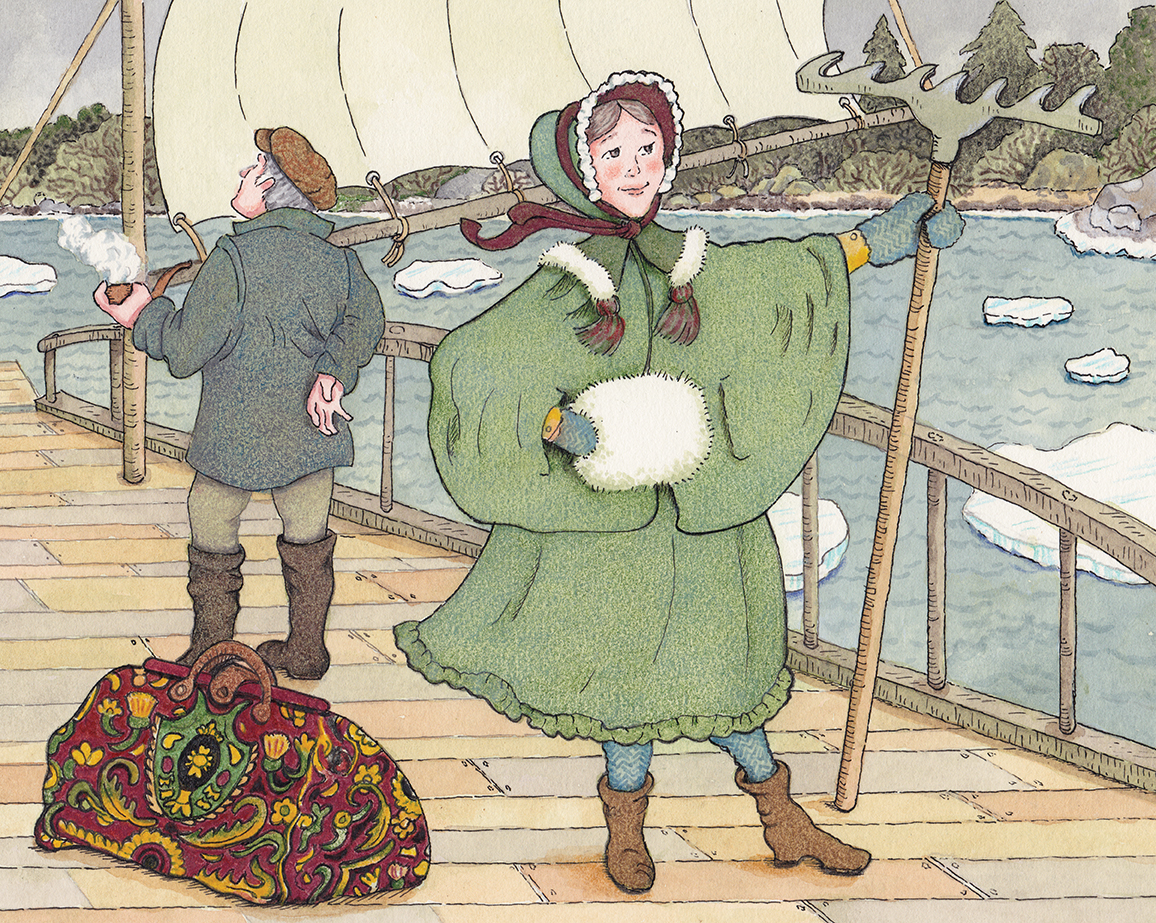 Ray and I wait on the ferry dock in a light snowfall for Cap to return across the river from Lyme. Each of us holds the reins of a military officer’s horse; little foggy clouds huff from the horse’s nostrils into the freezing air.

Now that the winter snows are here, and the rime ice is forming along the banks of the river, the ferry will come out of the water and go into dry dock. Time for me to go back to working after school chopping wood and shoveling snow for the elderly folks in town.

Cap waves to us through the falling snow. I can see only one passenger. A girl.

She’s looks really tall, this girl, and all fashioned up in elegant deep green winter woolens, from her cap to her stockings. Her satchel is the richest red tartan I’ve laid eyes on. She’s a city type for sure except she’s holding a big old dirt rake out in front of her like she’s an Amazon warrior queen holding a shield.

Ray and I secure the ferry to the dock as Cap drops the ramp. The girl lifts her skirts, walks down the ramp and steps onto the snowy bank. The two soldiers tip their hats to her as they ride their horses onto the ferry. Clara and the twins are here, too, so the five of us look like a real greeting committee for this girl none of us ever saw before.

“Welcome to Saybrook,” I say. “I’m JJ, this here’s my cousin Ray, and the three little ones are more cousins, Clara, Adam, and Ben.”

“I’m Ashley,” she says and shakes hands all around.

Ray asks, “You always take a dirt rake along with you when you travel, Miss Ashley?”

“This rake is a present for my uncle Charles from his sister in Lyme.”

“That’s a fine rake, for sure,” I say, knowing how dumb that sounded.

“The Holiday Stroll is tonight,” I say. “Ray here, and his family, will be playing their fiddles. Clara is in the candle pageant.”

“Sounds lovely,” she says. “Auntie says her brother lives a fair distance from the landing so I expect I shall need some help finding my way.”

“Snow might have covered up parts of the walking paths, but we’ll show you how to get there.”

“Yeah,” Ben boasts, “We know all the paths and roads around here.”

“Yes, then,” she says and pulls a small blue envelope from her jacket pocket, removes the blue stationery, and hands it to me. On that sheet her aunt has written: Look for a tidy cottage in a boatyard at Ragged Rock. You’ll see many whirligigs in the front yard.

“Well, spit!” I say, laughing, “That’s where we’re all headed. Your uncle Charles is the man we call Squire. Saybrook’s weatherman. We’re helping him today get his chicken yard ready for winter.”

“Absolutely,” I say and pick up her satchel. “I’ll tell you about him on the way. Gee, what have you got in this satchel? Rocks?”

“Jars of auntie’s orange preserves and chutney for uncle’s Yuletide.”

I don’t tell her right then but this means I get to have the preserves and chutney, too, since Squire always has Christmas dinner with my family. He and grandfather have some wine and then tell stories about the old days in Saybrook.

“We’ll carry your satchel in our cart,” Adam says.

“Then I’ll step back behind those trees to relieve myself. I’ll thank you all to turn away for just a moment. Clara, dear, will you hold my gloves, please?”

In all my born days, I have NEVER known of a girl to pee in the woods like it’s the most natural thing to do. I mean, it is natural for us boys—but, girls?

By the time we get to Squire’s house, I found out that Ashley comes from London, England, she’s fifteen years old, two years older than me. She will be staying with her aunt in Lyme for a whole year but won’t go to a regular school like we do because she says, “Auntie has engaged tutors for me.”

I told her how the river was about to freeze, not all the way across but enough so the ferry won’t be able to cross until after the spring thaw. “Ray and me called off our search for Squire’s safe until spring.” Ashley didn’t know about Squire’s safe and his lost fortune, but now she does. 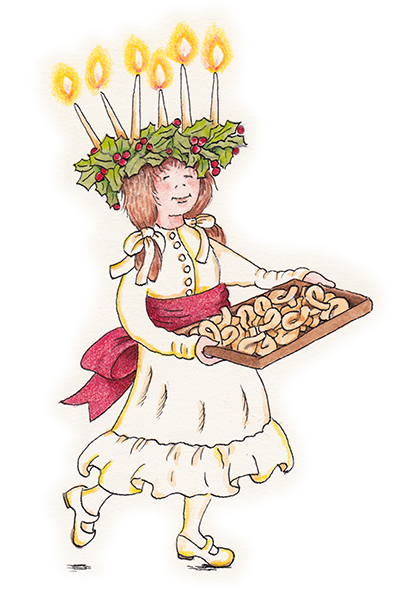 We told her how we reasoned it couldn’t have gone far from where his house sat before the Great Gale of 1815 swept his house away. Now it’s 44 years later and that safe is still lost. I told her how we figure it could have tumbled down the hill and landed in among the big rocks along the point. “Spit! That safe might be upside-down and hard to recognize, all covered with barnacles like an old horseshoe crab you find on the sand,” I said.

“Father keeps an old safe like that at home,” Ashley says, “also from the Bank of London. He moved anything of value into the actual bank vault years ago. Our safe is now just a curiosity. Are you absolutely certain of the contents, JJ?”

“Not me,” Ben interrupted, “I think there’s a dead body stuffed in that safe.”

“Yeah,” Adam added, “and…and when they open it there’ll be nothing but a skeleton inside.”

“And just how,” Ray asks, “could that have happened, Mr. Detective?”

“That’s easy,” Ben says. “There was two robbers. One kept the fortune for himself, killed the other robber and stuffed him in the safe. Squire never even knew they robbed him.”

But Ashley got so excited at the prospect of going on a real treasure hunt, she wanted to start right that minute. I told her she had to wait but she could definitely come back and search with us in the spring.

It hadn’t been an hour since she stepped off the ferry and Ashley had changed into her work clothes and wellies, and was hard at work with the rest of us.

While Clara carried the laying hens—one at a time—to the temporary chicken yard, Ray and I shoveled the chicken poop into a big heap and the twins carried it away in their pails to the compost pile. Ashley scraped the bottoms of the roosting boxes clean with a hoe then wiped down the insides with rags soaked in vinegar and water. Squire followed her with fresh bedding for each box, which he changes once a week anyway.

When we all finished, Squire threw his hands in the air and shouted in praise of our work: “Look at the industry of these young workers. You’re wonderful, my children, wonderful! The chicken yard is clean, the hens are set for winter. And, for the moment, the snow has stopped. There’ll be no more snow today. The Long Night full moon will be bright enough to light our way to the Neighborhood House for the Stroll, the fiddle music, and Clara’s candle pageant.”

“Spring!” Ashley says, “I’ll most certainly return in the spring ready to search for that safe. JJ, you have sent my curiosity to the races.”

As I sit in the Neighborhood House and breathe in the spruce scent, the mincemeat, and watch Ray and his family make lively fiddle music together, I’m thinking about my future. I wonder what kind of a job is out there for me. A year-around job. I love working on the ferry, but things are changing so fast, and even Cap says that I’m likely the last of five generations of ferrymen in our family; but what kind of job am I fit for?

Teenagers played a major role as essential workers in the late 18th and early 19th century systems of mail delivery. These youngsters were expected to be expert horsemen or mariners and were among the first to ride the southern route between Boston and New York. The Old Saybrook ferry served as a major link in the Boston Post Road.

Although stories of the Pony Express always include the text of the ad quoted, there is no evidence the ad ever actually appeared. 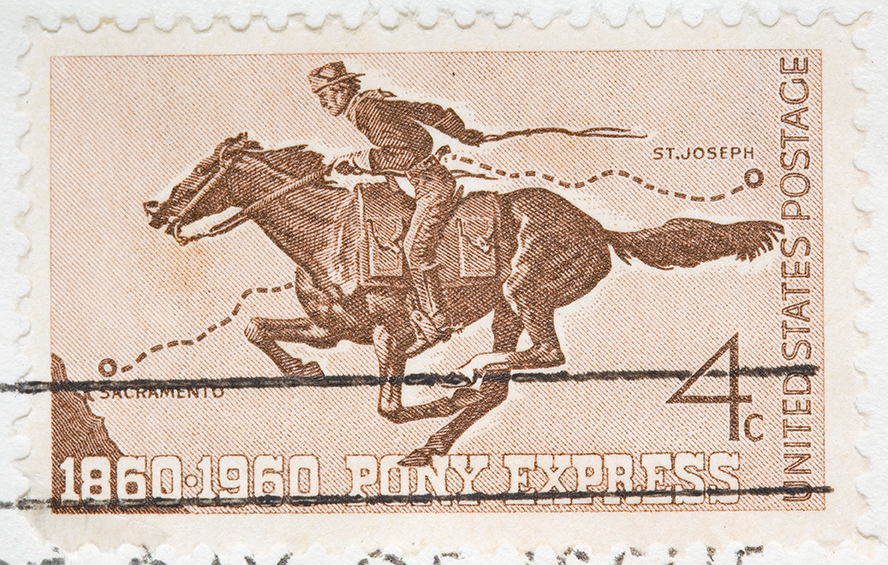