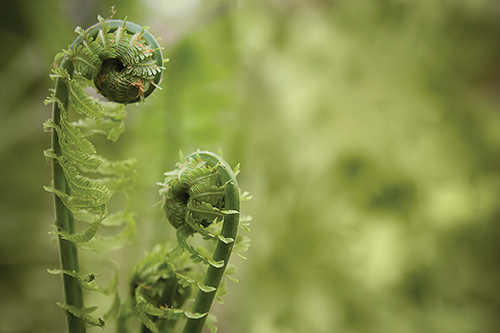 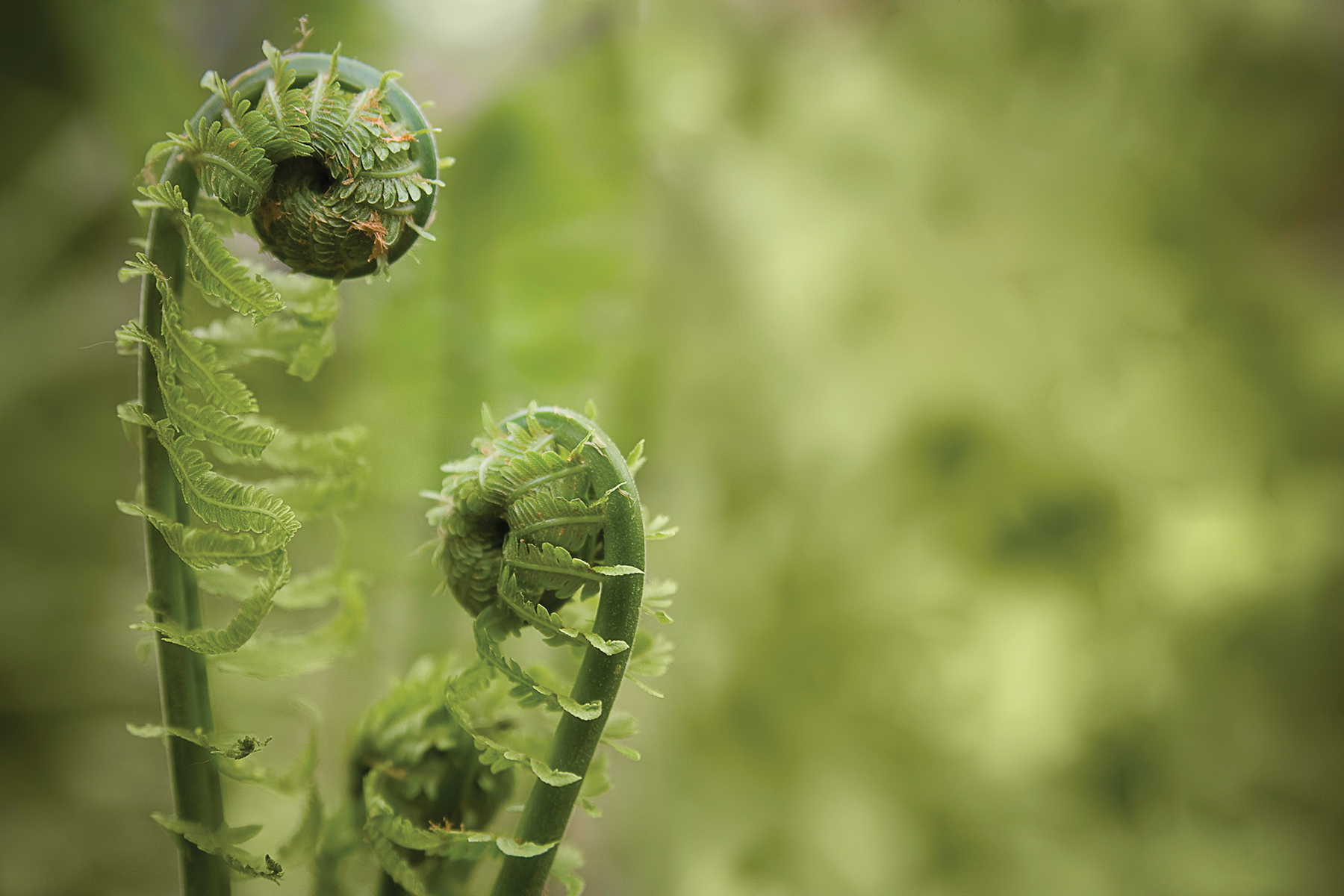 Foraging for a Spring Treat

They’re delicious and free for the picking! Before the oaks and maples leaf out in early spring, tasty fiddleheads are pushing through the bronze leaf litter in moist woodlands throughout New England. Perhaps no native wild food grows so plentifully, so close to so many, and yet is on the dinner plates of so few. They sprout beside roads and riverbanks, in forested glades and vacant lots.

Fiddleheads are the tightly coiled fronds of ferns that have not fully leafed out. The curled leaves resemble the scroll of a violin. Prized by gourmets, country folk, and foragers, they are the Stradivarius of spring vegetables. Ostrich ferns supply edible fiddleheads in my neck of the woods, but despite the name, they are neither exotic nor imported. Rather, the mature dark green fronds are said to look like ostrich plumes.

Along a narrow, uneven margin of just greening wooded lowland between the Farmington River and a road, I went foraging recently with my friend Ralph. A forester by trade, he’s boon company for swapping stories and humorous anecdotes, which seem to flow easily while roving around looking for fiddleheads. Even more, he’s a keen observer of change in the woods, often seeing things that elude me. As we walked, we heard the steady rush of the river making us feel deep into nature, while simultaneously the occasional whoosh of traffic reminded us that the “world” was not far away. The combination made our quest seem a secretive adventure, one of the existential allures of fiddleheading.

We typically found areas where several fern clumps bearing fiddleheads grew together, sometimes just a couple of plants, or individuals in isolation. There were no great swaths of them, so we walked around searching in what might have seemed like aimless wandering. It enabled us to leisurely cover lots of ground in a small area, a refreshing change from the typically linear paths of our feet and thoughts.

Ostrich fern fiddleheads are easily identified by their glossy deep green color and a wide groove running the length of the stalk. Kneeling down, we pinched them off with about three inches of stem, careful to leave at least half of the discs to ensure the plant’s survival and next year’s harvest. Sometimes we encountered fronds too far unfurled to collect, a reminder that the scarcity of fiddleheads has more to do with time than space. They grow widely, but quickly. Perhaps there’s a ten-day window during which they can be picked. If the weather turns warm, the period is even shorter as the tightly curled stems rapidly become tall leaves.

With our bags filled with enough for a meal for two, we stopped fiddling. Instead, we harvested with our eyes the spring wildflowers growing among the incipient ferns. Common were Dutchman’s breeches, small cream-colored flowers with yellow tips that hang in clusters like trousers upside down on a line. We also saw a lot of red trillium, a three petaled flower that sits atop three leaves. There were a few round-leaved yellow violets, pinkish-blue hepatica, and trout lily with their slender gray green and purple speckled leaves below a single nodding yellow flower. Finding such ephemeral beauties is an essential, if accidental, joy of foraging.

In the evening, I cleaned the papery brown husks from the fiddleheads and boiled them for a dozen minutes with
a bouillon cube. When drained, I sprinkled them with pepper and balsamic vinegar. The tiny green wheels full of vitamins A and C and omega-3 fatty acids looked like works of art on the plate beside a salmon fillet and a mound of rice pilaf. They tasted like delicate asparagus with a hint of nutty sweetness. My only regret was that I didn’t have more for dinner and to save as leftovers.

Intensifying the taste was the notion that this humble vegetable allowed me to fully experience the outdoors with all my senses. Not only had I seen, smelled, heard, and touched a slice of wildness in the early spring woods, the fiddleheads had enabled me to taste, and literally internalize, a small piece of the place where I live.

Editor’s note: Please also note Melody Tierney’s recipe for fiddleheads in Estuary’s Spring 2020 issue on page 70, or go to your account on the Estuary website, log in, click on “Art & Culture” at the top of the page, then click again on “read more,” and scroll to “What’s for Dinner.” 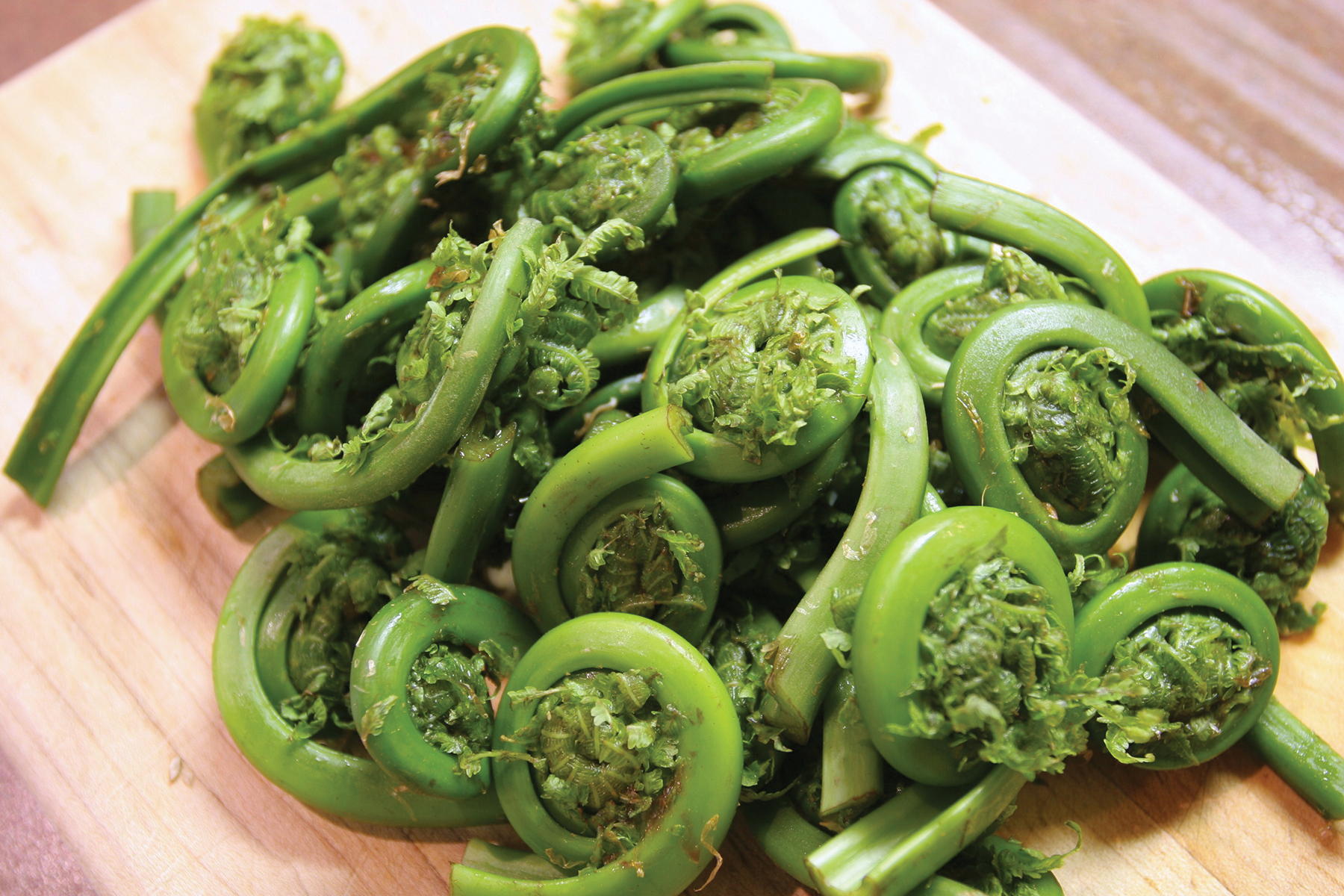