This issue of Estuary contains our first article by a descendant of Indigenous people. These people inhabited North and South America for thousands of years, maybe 12,000 years, long before the word “America” existed. The “colonizers” from Europe, by contrast, have inhabited the Connecticut River valley for fewer than 400 years. The coexistence was rocky almost from the outset. The history has been told mainly from the standpoint of the so-called colonizers. At Estuary, we intend to alter that by working with storytellers who can represent the rich history of Indigenous people…with authenticity. 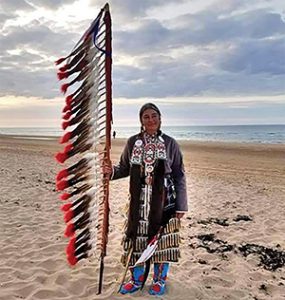 Speaking of that coexistence, the Connecticut River watershed has its own intense history since 1614 when the Dutch explorer, Adrean Block, navigated the River for some sixty miles from what is now Old Saybrook almost to the Massachusetts–Connecticut border. It is a story of friendship, cooperation, distrust, chicanery, treachery, and despicable conduct on both sides. It has been, in effect, a poignant clash of civilizations of great magnitude and intensity.

Indigenous communities had a quality of life that is enviable in many respects even today. They generally coexisted peacefully with one another. They knew how to get along. As we learn in this issue, many had two homes…a summer house and a winter house. They had an abundance of healthy food that they grew or caught. They traded extensively. They had a form of currency. They had private and public transport. They had a tradition of philanthropy. When they had to fight with one another, there were traditions of honor and respect. Women in certain tribes had veto power over decisions to go to war; after all, it was their brave sons who were going to risk their lives.

Today, Indigenous people have to lobby for many rights in a world that swamped them with its foreign laws, constitutions, cultures, weapons, military strategies, and overwhelming numbers. Reservations were created whereby Indigenous communities could exist and prosper…but only to a point. For example, they had to work hard to extract rights over minerals under their ground, or to exercise dominion over the forests and rivers on what was once their land.

To compensate for vast wealth taken from them, the western-style governments have authorized tax exemptions on products such as cigarettes and liquor. They are compensated with royalties on gas and oil produced on their reservations. They can build casinos.

Fairness has always been ill-defined and out of reach as so-called western traditions and culture have dominated.

Nonetheless, within the United States, the past two hundred years have marked a period of sincere, and arguably successful, effort to reconcile grievances. At the opening ceremonies of the National Museum of the American Indian in Washington, DC, in 2004, many Native people who were veterans of the US military paraded proudly with flags of their tribal nation as well as the US flag. Native Americans have fought on the side of the US in every war since and including the Revolutionary War.

Much controversy and lack of understanding surrounds virtually every facet of the history of the United States and its relations with Native communities. We will not take sides at Estuary. We do plan to help tell the stories from the standpoint of Indigenous people who lived in the Connecticut River valley. This side has been too often overlooked, or biased toward the colonizers, in our history books. We will help set the record straight. 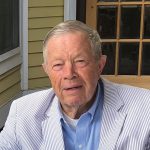 Above photo: Julia Kelly “Baassáannee Xiassaa” (Outstanding Leader) is of the Piegan Clan of the Apsáalooke (Crow) Nation, from Pryor, Montana. She entered the US Army July 31, 1981, as an Ammunition Specialist, PVT/E1. She retired October 31, 2010, as a Command Sergeant Major with 28 years of service. She has two combat tours to Iraq and had many assignments in leadership positions, culminating with her last military career assignment as the Command Sergeant Major for the 299th Brigade Support Battalion, 2nd Brigade Combat Team, 1st Infantry Division. Julia volunteers much of her time helping Native Veterans/Veterans in her community. She has six children and eight grandchildren.
Subscribe Today
\