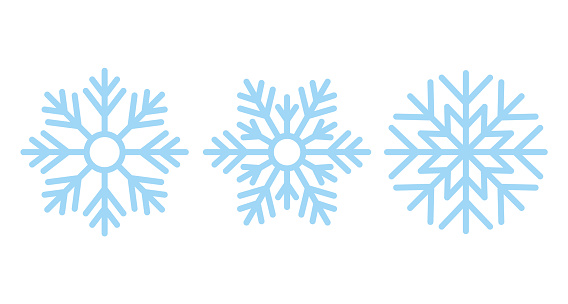 “Maybe better that we die because then we won’t be embarrassed.” So muttered I to my duck hunting partner as the outgoing tide took our eight-foot pram and us, shivering and soaked to the skin, out from the mouth of the Connecticut River towards the grim waves of Long Island Sound on a freezing winter day many years ago.

We were both allegedly able to handle ourselves outdoors. I had had wilderness experience in many parts of the world while my friend was a former Air Commando and veteran of cold weather survival school. On a day when the temperature was nearing zero degrees Fahrenheit our pram was too small and rowing was of questionable use against the torrent churning through the narrow channel between the Smith’s Neck boat launch and Great Island, now the Roger Tory Peterson Wildlife Area in Old Lyme, Connecticut. We were desperate to get back to the launch area because both of us had fallen over our waders into tidal creeks on the island, so we were thoroughly drenched, and felt as if flash frozen.

We had emptied our waders and wrung out our trousers and socks before donning them again, then headed for the pram. It should have taken only a couple of minutes to cross, but the tide was racing seaward and, shaking and weak, we almost lost the battle. As soon as we hit shore, we ran to my truck, stripped to our long johns, and turned on the heater full blast.

Undeniably, we were both in the early stages of hypothermia, an insidious response to cold, even worse when coupled with moisture, that occurs when the body loses heat faster than it can be generated. It can occur over a broad range of ambient temperatures, not only in bone-killing cold, and is the number one killer of outdoor recreationists.

Hypothermia lurks whether one is on the seemingly subarctic reaches of the Connecticut Lakes in New Hampshire or, as noted above, in the comparatively balmy south where the River meets the Sound. Ambient temperatures do not have to be below freezing for it to creep up on a victim. Most cases occur in air temperatures between 30 degrees and 50 degrees F. It claims victims even in summer, especially boaters. Water steals heat much faster than air, so falling overboard and remaining in water can be dangerous even if the water temperature is in the seventies.

Obviously falling over the side becomes much more dangerous as winter approaches. It is one reason why, for example, Connecticut boating regulations mandate that a life jacket must be worn by anyone who is in a manually propelled boat after the start of October.

Even working up a sweat within waders can build up enough moisture to give hypothermia a foothold. Fly-fishers are particularly vulnerable to hypothermia because, after all, they stand in water, which can steal heat even through insulated waders.

Ice fishers as well should be extremely conscious of hypothermia and the speed at which it can occur in cold water. As the New Hampshire Fish and Game Department says in its ice-fishing safety advice, “Thick ice does not always mean safe ice.” Weak ice is formed when warming trends break down ice, then the slushy surface refreezes. Snowmobilers should heed that advice as well.

A loss of just a few degrees below the normal body temperature of 98.6 degrees F can start hypothermia’s ball rolling. At first, the victim is unaware until, out of the blue, the shivers begin edging towards uncontrollable. If the process is not stopped then—as we did by getting into a warm truck—things go downhill fast. Below 95 degrees, the victim starts to weaken and muscle coordination lapses as brain’s oxygen supply drops. At this point, one literally cannot think straight and, if the process is not abated, collapse and even death follow.

Wind, like water, ups the ante when it comes to cold. In a 20-mile-per-hour wind, the body loses heat at the same rate as it would if the air temperature were minus 30 degrees with no wind. Wind chill values near minus 25 degrees mean that frostbite is possible within 15 minutes.

It’s pretty easy to guard against hypothermia. Clothing that insulates while allowing moisture to escape is a must. If rain is a threat, you need water-repellent outerwear, ready to don before—that’s important—the rain starts. Areas of the body that really require protective clothing are those from which heat escapes easily—the top of the head and thoracic cavity. Preventing heat loss from extremities helps the entire body stay warm.