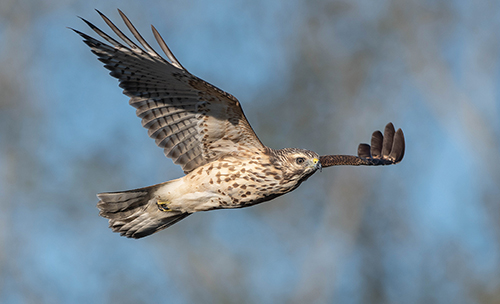 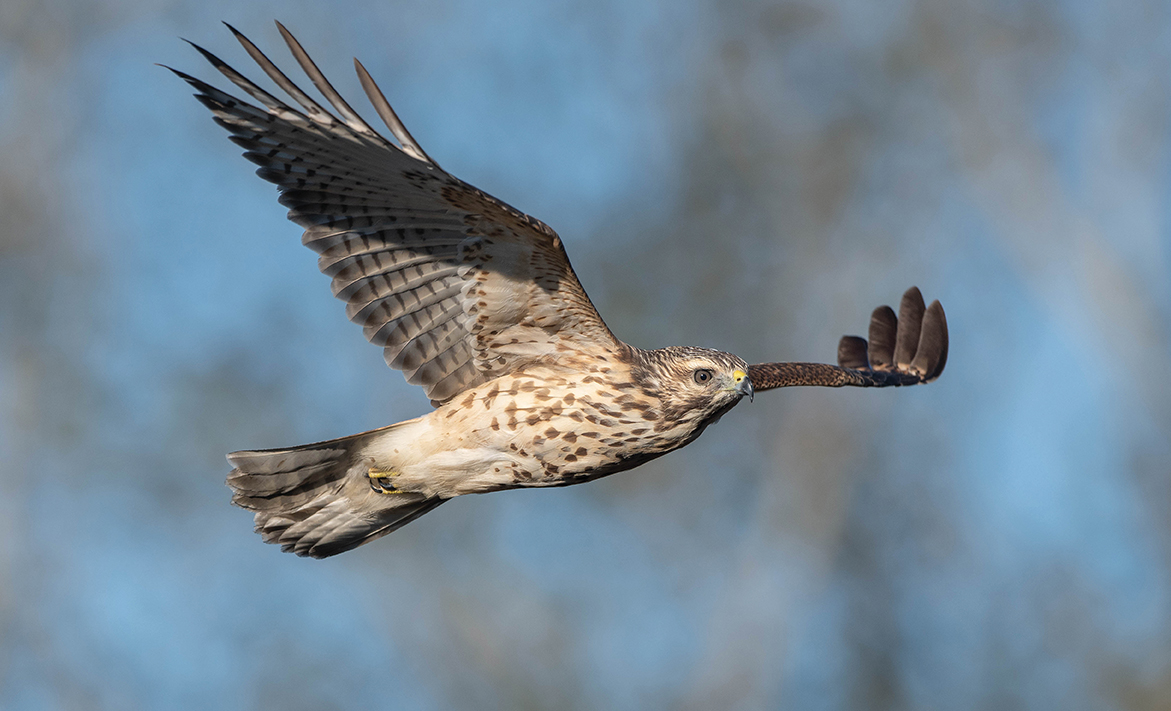 Their insistent “KEE-aah” has woken us up at daybreak as they screech across the hayfield trying to scare up breakfast. They’re noisy neighbors, our resident pair of red-shouldered hawks.
Nonetheless, we are grateful for them more than ever.

Lately, the two of them have taken to perching atop a massive dead oak that threatens our ailing barn. They screech for a spell, preen placidly, or swivel their heads to survey their realm. I can see them out my home office window as I am typing.

One day in mid-March, they settled on adjoining fence posts in our vegetable garden and proceeded to consummate their relationship. After what can only be described as a “quickie,” the male took off, flying low across the field, and disappeared silently into the woods.
I have more time to watch them now, what with the pandemic. Thankfully, this has been a banner year for red-shouldered hawks. We see them almost every day and hear them much more often. 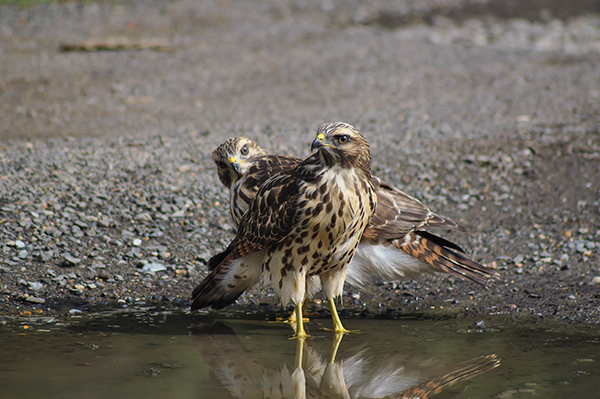 As part of my new career as a shut-in, I am determined to find their nest. I found one long ago—more accurately, I stumbled upon it while rambling in the woods where I used to live. The mother took to dive-bombing the intruder, screaming “KEE-aah” as it whooshed close to my head. I looked up and there it was, high in the crotch of a tree. A lone chick stared down at me with clear disdain.

My first encounter with a red-shouldered hawk where we live now came decades ago when I was cooling off in the little river that bounds our hayfield. It must have heard the splashing. Upriver it came, under a canopy of arching branches, like a feathered cruise missile—straight for my head, which was all that was above water.

As I rose up to testify to not being a muskrat, it veered at the last second and perched on a branch not 20 feet away. It proceeded to bob and weave like a prizefighter, trying to take my measure before flying off, disdainfully it seemed to me.

Another time, I saw one catch and ingest a mouse, swallowing it whole, tail last. They eat snakes, too. I have seen them flying about with them. Small wonder that raptors look so stern.

I have traipsed through the woods for miles this spring and haven’t spied their nest. Actually, there is a perfectly serviceable hawk’s nest upriver; you can see it from the road if you know where to look. Several years ago, a pair showed some interest in it, but didn’t settle in. I check it every week, but no buyers this year either. 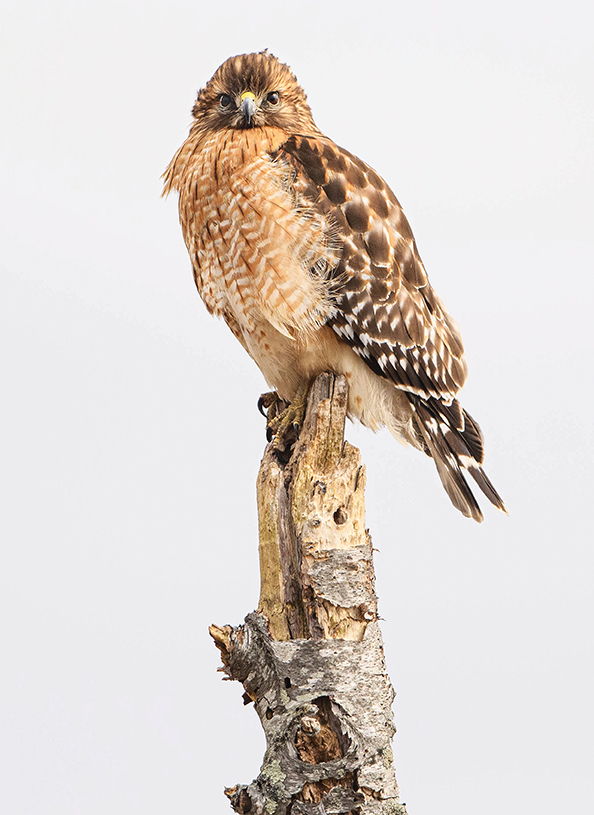 Sometimes young hawks will commence playing house and just stop, start building a nest and give up. Maybe that’s what is happening with our pair this year. It’s harder to find a halfhearted nest.

I know a couple in town who have a pair nesting in a tree right along their driveway. Nobody said bird watching was fair.

Much as I’d like to find the nest, I’m good with simply looking for it. If it were easy, like spying a chickadee, what would be the point? Besides, I have seen many other wonders on my meanders. It’s good to have spring to keep one company.

Today, while looking for the hawks’ nest, I spied a pair of field sparrows. They have a distinctive pink bill, white ring around coal black eyes, white wing bars, and a rusty-colored chest. I hadn’t seen one in years. Maybe I’ll start looking for their nest, too.