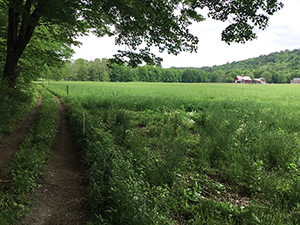 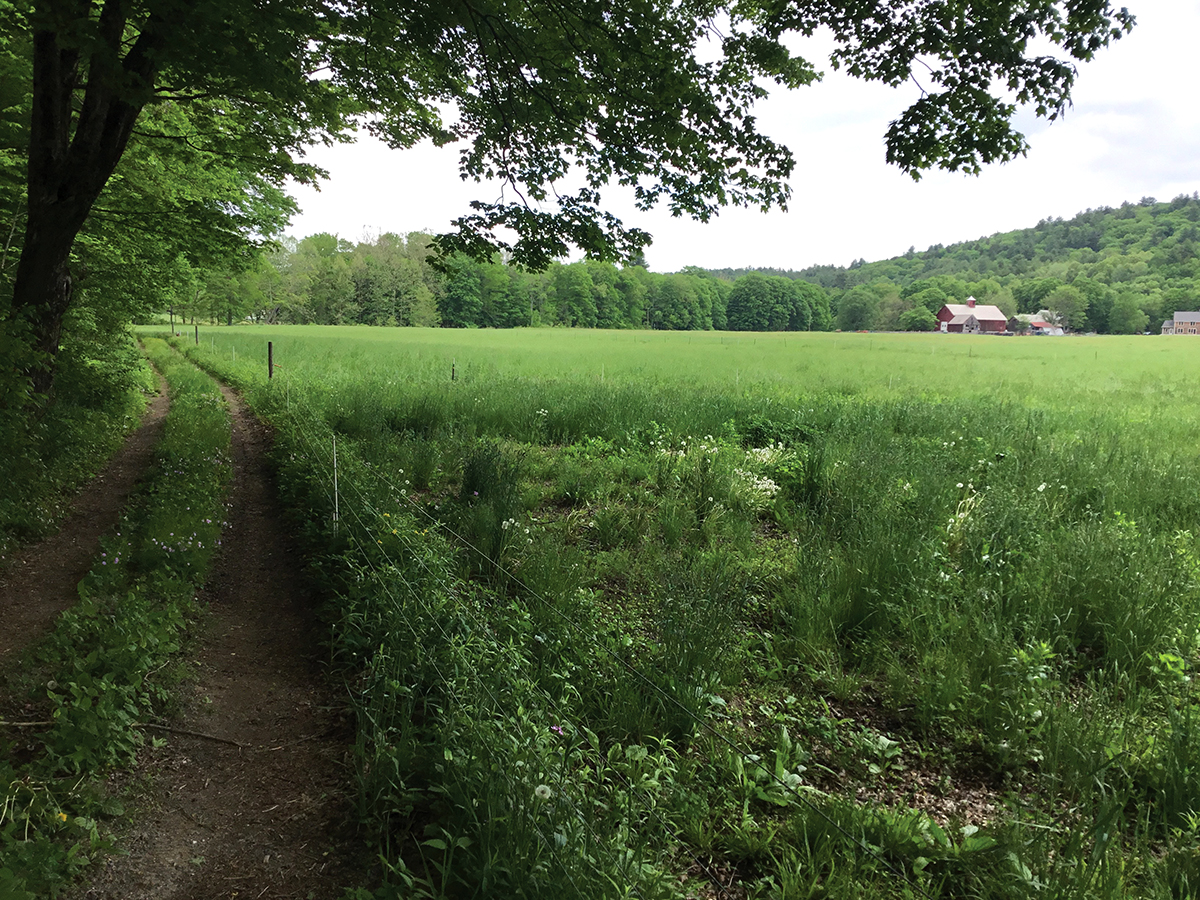 Land Trusts in the Watershed


Editor’s note: This article, prepared by Estuary magazine, is an introduction to land trusts, vital members of the Connecticut River Watershed community. These trusts preserve and/or conserve. It is our intent to use these terms in the following manner: we think of preserving as the term applies to a natural state, such as wetlands and vernal pools; we think of conserving as the term applies to natural resources and the community of people connected to those resources, such as farmland or woodlands used for timbering. In the development of this article, we met with and contacted several land trusts, all with fascinating stories, sometimes tragic, always inspirational, about the people involved. We amassed way too much material for one article. We therefore expect to publish a regular column about land trusts, and drill down to reveal specific realms and personalities we think our readers will find interesting and helpful. As always, we invite your comments.

Land trusts as a mechanism for preserving land for public use have existed for thousands of years. However, most land trusts in the United States established for conservation purposes were created after World War II, starting in the 1960s and 1970s, and continuing today. Collectively, these private, non-profit entities represent a powerful force for acquiring and maintaining land, facilitating public access to it, and preserving the land for future generations in perpetuity. They range in size from those at the low end that have all-volunteer boards and workers, with 100 or so members, preserving a few hundred acres, to The Nature Conservancy in Connecticut with 33,000 members, a large full-time staff, preserving 53,000 acres just in Connecticut.

The Connecticut River watershed occupies 7,200,000 acres, almost twice the size of the state of Connecticut. On the other hand, the population of Connecticut is 3.6 million versus about 2 million for the entire watershed, indicating the sparse population, especially in the northern region. The watershed is 80 percent forested today (about 6,000,000 acres), a dramatic increase from 150 years ago when the watershed had been heavily cleared for agriculture, and forests covered just 20 percent of the area. Farmland comprises some 800,000 acres of the watershed, or a bit more than 10 percent of the total. The total area of so-called “prime” farmland, located in the fertile flood plains, is just over 200,000 acres.* 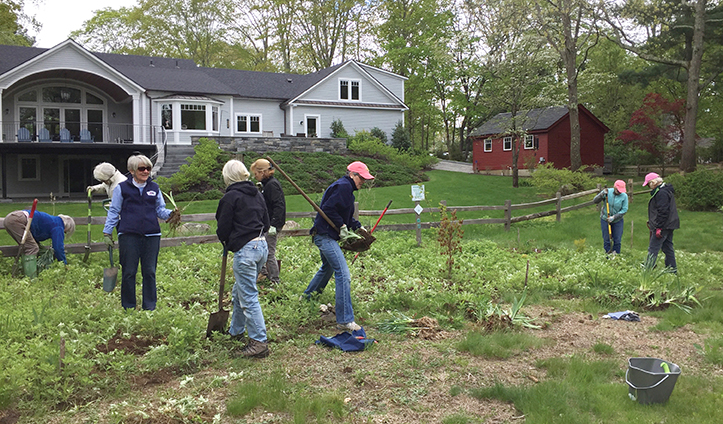 In 2012, then US Interior Secretary Ken Salazar described the Connecticut River watershed, as a “model for how communities can integrate their land and water stewardship efforts with an emphasis on ‘source-to-sea’ watershed conservation.” Approximately 30 percent of the 7.2 million acres in the watershed are conserved, either through public ownership or private conservation easements. That still leaves a vast acreage threatened, especially fertile farmland, as property owners age out and a younger generation seeks less burdensome employment. Water quality, though subject to much regulatory oversight and management, is also threatened by development. In the end, opportunities for the public to access land for recreation and tourism diminish as forests and farms are broken up into private real estate tracts.

This is where land trusts come in. Concerned citizens can band together to protect land for the public good. Land trusts can accept donations of, or easements on, land by legacy-minded, public-spirited landowners and farmers. These trusts put donations and volunteers to good use. When necessary, they can even compete with market-priced real estate sales. What they can’t do is be a subterfuge for veiled private interests.

Each of the four states in the watershed have state-wide land trusts to support individual land trusts. Among a wide array of services, from scholarships, education, conferences, and lectures to technical assistance and training, these mega-trusts represent their constituents on policy issues in their respective state capitals. New Hampshire land trusts are represented by the New Hampshire Land Trust Coalition, established in 2012. The Vermont Land Trust, founded in 1977, is the second oldest in the nation. Its members represent 1,900 tracts of land with 570,000 preserved acres, an impressive 10 percent of the entire state. MassLand is the “voice of Massachusetts land trusts on policy issues” for more than 100 trust members. The Connecticut Land Conservation Council asserts that it has grown into “one of the most effective statewide land trust service centers in the country.”

The national Land Trust Alliance is an accrediting agency for land trusts throughout the nation. The Alliance accredits land trusts that have demonstrated that they are in business to stay, and that their by-laws commit present and future boards of directors and executive directors to a long-term path of effective governance. Formed in 1982, the Alliance has accredited some 400 land trusts in the US, including the Ammonoosuc Conservation Trust in New Hampshire’s “North Country” at the source of the Connecticut River, and the Essex (Connecticut) Land Trust in the Town of Essex at the lower end of the River where it empties into Long Island Sound. Ammonoosuc and Essex are just two of the estimated 100 land trusts located within the Connecticut River watershed.

The Ammonoosuc Conservation Trust (ACT) was created in 1999, primarily to stem the loss of regional farmland and working forests. It has now preserved 4,000 acres of farms and forests, of which farms are its top priority. According to the ACT website, “more than a quarter of the farmland in the watershed was lost between 1982 and 2002.” ACT focuses on working forests and farmland, the “foundation of our region’s economy and character.” ACT provides for public access to most of its properties, though some is still in private hands. Hiking, hunting, and fishing are allowed. Some trail maps and access points are available online.

The Essex Land Trust is a jewel. Founded in 1968, it protects 900 acres in 23 open space preserves in the historic riverside community. Essex Land Trust has 380 members who volunteer, among other worthy tasks, to maintain some 55 trails. It played a lead role in acquiring a 1,000-acre tract of forestland straddling Old Saybrook and Essex, known as “The Preserve.” It produces attractive trail maps and interpretative signage, publishes a newsletter for its members, and facilitates hiking, canoeing, kayaking, and education. The Essex Land Trust website is a cornucopia of opportunities to enjoy, participate, and contribute. Leaders of the trust attribute the success of the organization to good relations with the town of Essex, good working committees, and a collaborative, active, “consensus-driven” board.

While governmental bodies and large non-profits are better equipped to deal with matters such as the future of hydropower dams, fish and wild-life, and water quality, land trusts are on the front lines to conserve the land itself.

* The Boston-based Trust for Public Land published a seminal report on the Connecticut River watershed in 2006; much information in this paragraph is believed to be reasonably accurate today.