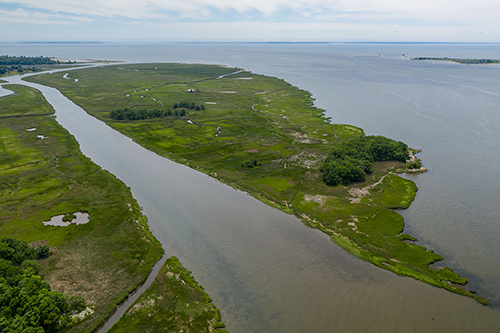 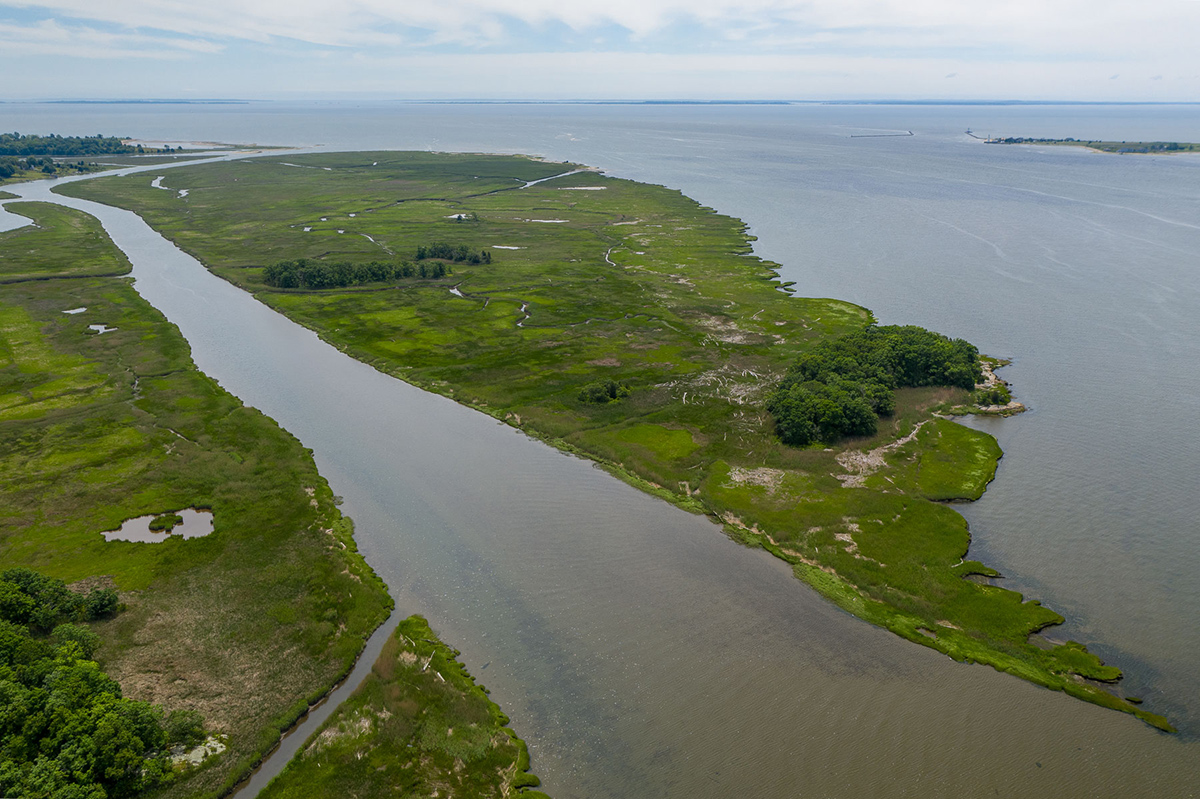 At this meeting the steering team will provide an update on the effort to designate a proposed National Estuarine Research Reserve (NERR) in Connecticut and will seek public input to help guide the development of the required Environmental Impact Statement (EIS).

To join by computer:

To join by phone:

Soon there will be posted further information about the meeting on DEEP’s website for the CT NERR ( https://portal.ct.gov/DEEP/Coastal-Resources/NERR/NERR-Home-Page). A little later this site will also carry copies of any presentations that were made.

The upcoming fall 2020 issues of Estuary magazine also has an article about Connecticut’s NERR.

Following from the Federal Register Notification are instructions for submitting comments:

Closed captioning will be provided for those who attend the public meeting online via WebEx: https://uconn-cmr.webex.com/uconn-cmr/onstage/g.php?t=a&d=1200263550.

The NERR system is a partnership between coastal states and the National Oceanic and Atmospheric Administration (NOAA), that establishes a location dedicated to estuarine research, monitoring, education, and stewardship. A Connecticut-based NERR would complement and expand many existing scientific, environmental management, and educational activities through the addition of funding, resources, and expertise from the national NERR system. Additionally, it would help identify and enable new initiatives to improve the understanding and sustainability of Long Island Sound.

For more than the last three years, a steering team of environmentalists from the National Oceanic and Atmospheric Administration (NOAA), Connecticut’s Department of Energy and Environmental Protection (DEEP), the University of Connecticut, Connecticut Sea Grant, and the Connecticut Audubon Society has been diligently seeking the designation of a NERR site for Connecticut to join NOAA’s system of 29 other NERRs. Each NERR has the overarching objective of preserving or improving the site and its level of conservation for the benefit of all.

The first phase of Connecticut’s effort culminated last year with NOAA’s approval of the site selection team’s recommended site, which is shown on the following map (image courtesy of Pew Charitable Trusts). 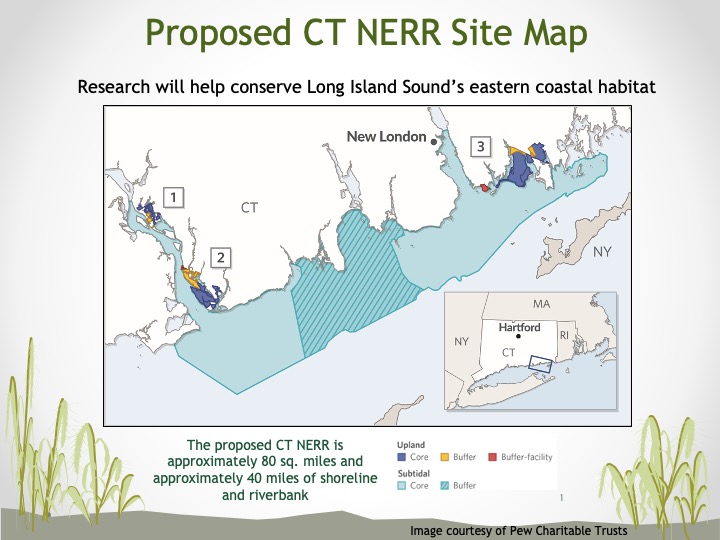 This site, one of five candidates considered, scored the highest on NOAA’s almost three dozen acceptance criteria. It includes several state-owned properties as well as public area in Long Island Sound. The properties are shown in the next illustration.

After the Connecticut NERR site receives official designation, anticipated for spring 2022, the state agency leading the CT NERR will pass from DEEP to the University of Connecticut, although their present partnership will continue.