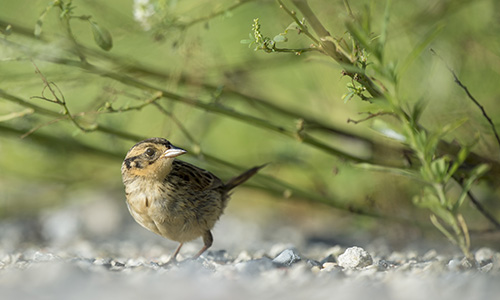 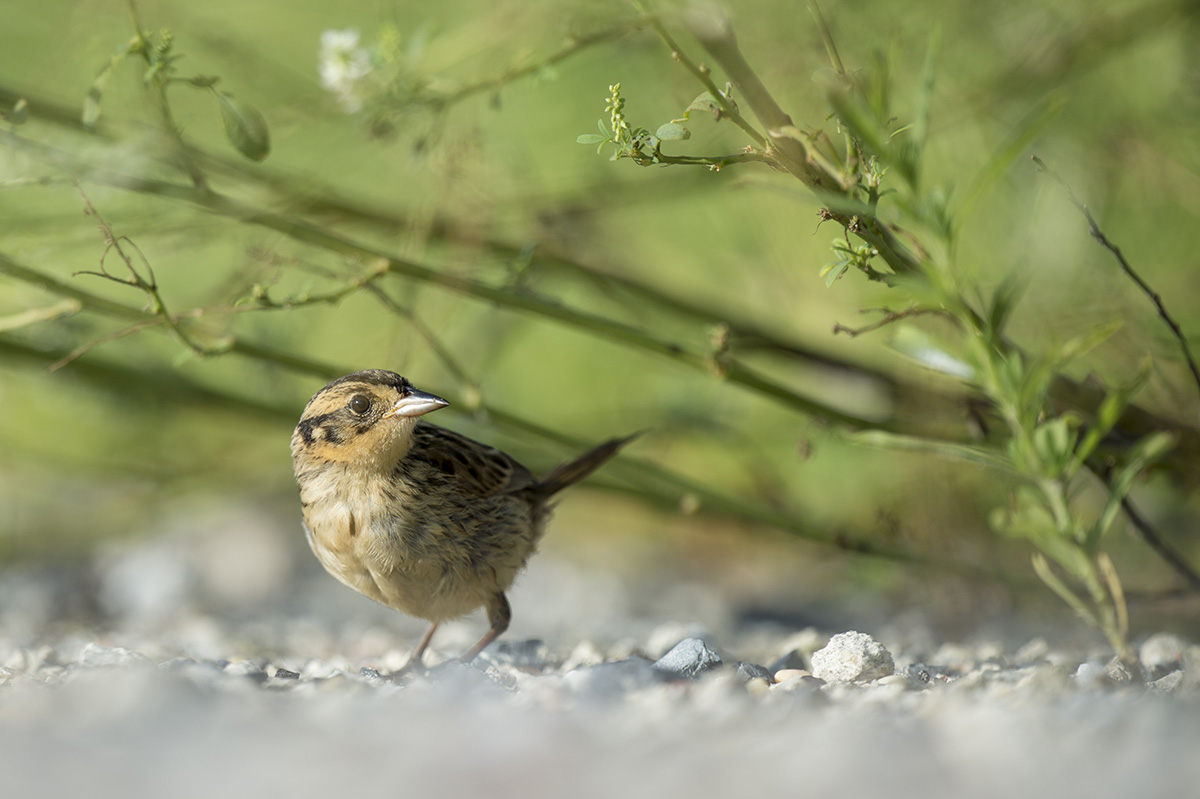 Environmental problems can be complex and hard to resolve. The complexity arises because the components of the environment are linked, and their interactions may be separated by both time and distance. With the emergence of humans as a significant component of the environment, this complexity has been exacerbated by the sheer scale of human needs and by the social diversity of cultures and values that hampers collaborative action. Examples of major environmental problems include climate change, pollution, and the depletion of natural resources. Solutions to environmental problems often treat symptoms and stop short of discovering and fixing root causes. When this happens, the symptoms invariably return. For example, ride-hailing services (e.g., Uber, Lyft) were thought to reduce air pollution by reducing individual ownership of automobiles—a symptom. However, because of the way in which these services are scheduled, studies show that they actually produce more climate risk than individual automobile ownership. In other words, the solution to the symptom was worse than the original symptom.

Today’s blog introduces a simple but powerful problem-solving technique for finding root causes. It is called relentless root causes analysis. We will illustrate its use for an environmental problem of concern to the Connecticut River Estuary (as well as other estuaries). Problem-solving starts with an observation that defines the problem.

Our environmental problem originates with the observation that the population of saltmarsh sparrows is declining. After investigating this phenomenon with his graduate students, Professor Chris Elphick of the University of Connecticut discovered that the ground-level nests of brooding saltmarsh sparrows were being destroyed by sporadic flooding of the host marshes.[1]

When humans are about two years old, we manifest a latent curiosity that spawns a string of “Why?” questions. It turns out that asking “Why?”, until the last why cannot be answered further, is a powerful problem-solving technique that can lay bare the root causes of a problem and help to identify potential solution options. The next figure demonstrates how this technique works to diagnose the plight of the saltmarsh sparrow’s declining population. Just by asking “Why?” repeatedly we arrive at five actionable root causes—answers in the lowest “Why?” boxes in a branch—that suggest solutions.

Note that the causes in the “Why?” boxes often need to be validated by further observation and analysis. When feasible, one should perform a “nasty” test by devising a way to turn a cause on and off. 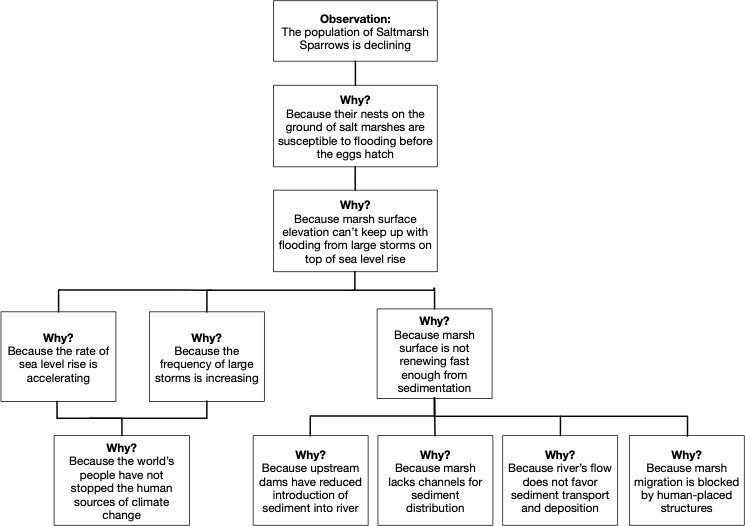 Evidently, there is not enough time left before the extinction of the saltmarsh sparrow species to make meaningful progress on abating climate change. That leaves three other causes that can be tackled with the following suggested solution options: upstream tributary dam removal, cutting new channels into the marsh, and removing structures that block marsh migration. A fourth solution, adding soil to build up marsh elevation, is suggested by the symptom that the marsh surface is not renewing fast enough from (natural) sedimentation. The next step would be to benchmark the lessons learned by other regions (for example, Narrow River, Rhode Island) that solved similar marsh habitat issues. Then develop marsh restoration plans with cost-benefit analyses that would also consider the other occupiers of this habitat.

Understanding how to alter a river’s capacity for increased sediment transport and deposition on marshes is a longer-term research project that would undoubtedly require modeling and sophisticated data collection by scientists, but it is a feasible undertaking. In the Connecticut River Estuary, we are fortunate that this work has already been accomplished; the results show that the Estuary has favorable, almost unique flow patterns for sediment transport and deposition. For our Estuary, then, we would turn our attention to the other options for elevating marsh surfaces to rescue the brooding habitat of saltmarsh sparrows and to steward other fauna and flora that share the marshes.

The engineering and project management skills needed to realize these plans would require a lead organization having the necessary resources, a role that could be played by Connecticut’s National Estuarine Research Reserve (NERR) when it is officially designated (see upcoming article about this NERR in the fall 2020 issue of Estuary magazine). Finally, the chosen solutions should be monitored to ensure that they were implemented correctly and are working effectively.