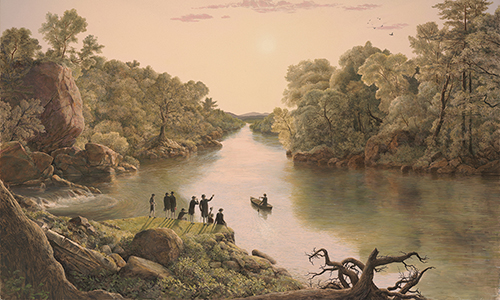 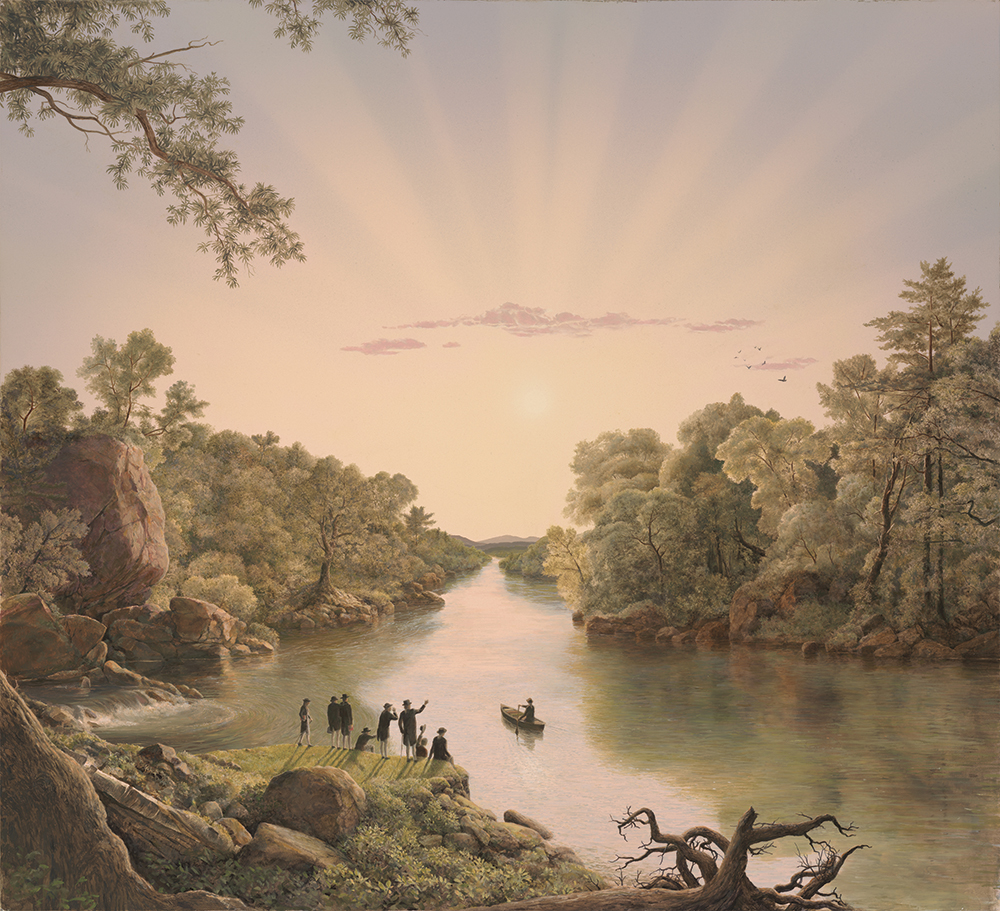 Painting by Erick Ingraham, from the book Dartmouth Undying (2019). Used with permission of The Sphinx Foundation.

The year 2020 notches a notable anniversary in the annals of the Connecticut River. It is the centennial year of Dartmouth’s Ledyard Canoe Club. Each spring their cadres of collegiate canoeists replicate the legendary paddle their progenitor took in May of 1773. His adventure is the most famous canoe journey in the long history of the River. This epic drift in a dugout canoe fashioned from a pine tree began a series of peregrinations that took him to some of the remotest destinations on Earth. He is solidly enshrined in the hall of fame reserved for the world’s truly great travelers.

Born in 1751 to a Connecticut sea captain and his wife, he was raised by well-to-do family members in Hartford. He showed up at Dartmouth College, then in only its third year, in a two-wheeled sulky, the equivalent of a flashy sports car today. His time as a scholar was sketchy. Before his first term finished, he took off on a mid-winter walkabout, living with groups of indigenous people in far northern New England.

This experience gave him a passion for anthropology and archeology. He developed a deep respect for other cultures, which served him well as he circled the globe in search of knowledge, fortune, and the unknown.

His college career came to an abrupt end when he loaded his dugout canoe with a bearskin, a book of poetry, a Greek testament, and minimal provisions to set off down the Connecticut bound for the world. His voyage almost came to a tragic end when he was so engrossed in the rhymes of Ovid he failed to notice the rapidly approaching, roaring cascades of Bellows Falls. Alarmed bystanders on the shore hallooed and caught his attention just in time to avoid what would have been a fatal plunge. He arranged for an oxcart to portage around the waterfalls and continued blithely downstream.

Ledyard made a quick stop in Hartford to visit family who were quite amazed to see someone unwrap himself from a bearskin cocoon and prove to be their prodigal relative. He continued out the mouth of the River and crossed Long Island Sound to visit more family. Ledyard decided he would become a clergyman, but the study and sobriety required were not in keeping with his wanderlust and ecstatic inclinations. He then determined to devote himself to a period of extended travel that would encompass the rest of his life. He signed on as an ordinary seaman under the command of a friend of his late father’s and sailed off across the Atlantic and on to destiny.

In England, he was impressed into the British Navy and reluctantly became a member of the Royal Marines. It was in that capacity that he accompanied Captain Cook on his third voyage of discovery. Ledyard wound up in Hawaii, Tonga, New Zealand, Tasmania, and the Kerguelen Islands to name just a few of the exotic places he visited. He became the first American citizen to land on the west coast of North America. He was also the first Anglo-American to be tattooed. He posited the theory that the indigenous people of the Americas migrated from Asia. It is generally accepted fact today.

Returning to the Connecticut, he faced the problem of fighting against colonists in the Revolutionary War. Rather than kill his compatriots, he deserted the Marines and retreated to Dartmouth where he set to writing the history of his voyage with Captain Cook mainly from memory. 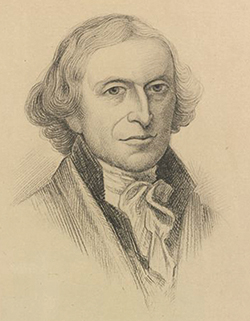 The book was an immediate success. It is noteworthy for being the first manuscript in the US to receive a copyright. On a negative note, it was claimed that he plagiarized the crucial narrative surrounding the killing of Cook by Hawaiians. He averred to be an eye-witness, but apparently he was not.

He was convinced there were fortunes to be made exporting sea-otter skins to Asia. While his business model didn’t quite work, he presaged the lucrative China trade that was to blossom in the 18th century. He wound up in Paris trying to interest capitalists in his otter idea. He was unsuccessful, but took to hobnobbing with Thomas Jefferson, John Paul Jones, the Marquis Lafayette and other luminaries. In conjunction with them, he decided to mount an expedition that would cross all of Russia on foot; kayak across the Bering Strait and continue to perambulate across North America from West to East. An ambitious plan! He walked 1,400 miles into Russia, alone and penniless. He was arrested on the orders of Catherine the Great who believed he was a French spy intent on stealing fur trading secrets.

Back in England, he was recruited to lead a group to the source of the Nile and trek from the Red Sea to the Atlantic. It was his last adventure. While in Alexandria, he developed digestive troubles. Unfortunately, one of the remedies associated with his symptoms involved the ingestion of sulfuric acid. Ledyard followed this course of treatment and it killed him. He is buried in a sand dune on the banks of the Nile, a river, like the Connecticut, of some note. He was 37 years old.

But every spring, a few dozen Dartmouth seniors and some nostalgic alumni load up their coolers and canoes and slip them into the Connecticut River just below the Ledyard Bridge. They push off downstream with the same sense of adventure and love of nature that John Ledyard displayed a couple of centuries ago. The Ledyard Canoe Club sponsors paddling trips, races, and events all over the world. It is a leader in water-based research and environmental education. John Ledyard would be proud of the work and traditions carried on in his name.