I started to write this blog on the topic of citizen science for the Connecticut River environment but soon realized that the concept could be too narrowly interpreted as just “science.” To be clear, citizen science usually involves a collaboration between non-scientists and scientists in which non-scientists collect data needed by scientists to resolve real-world issues. Often the non-scientists receive training in observation, data collection, and recording techniques. Thanks particularly to the efforts of the Cornell Lab of Ornithology, citizen science has become most publicized and synonymous with bird population counting, although citizen science has broader applications than birding, for example, water-, air-, and soil-quality monitoring and studies of other fauna and flora.

What struck me was the apparent formality of citizen science and the fact that there are also other effective ways in which a motivated public can help the environment (nature). The key here is people. One of the more powerful activities that people can undertake on behalf of the environment is to advocate for public policy that protects our natural resources; at the same time, people can reduce their demands on these precious resources. In the end, I adopted the more inclusive term “environmental activist” as a voluntary aspiration for a citizen of the Connecticut River watershed. 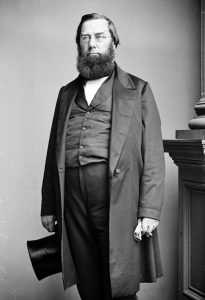 In 1847, long before others became known as environmentalists or conservationists, the lawyer-diplomat-linguist-scholar George Perkins Marsh, born in Woodstock, Vermont, along the Ottauquechee tributary of the Connecticut River, gave a lecture that foreshadowed his book Man and Nature, published in 1864. In the book, he identified that humans were inflicting irreversible damage on the environment. He decried that wholesale deforestation (clear-cutting of trees for building lumber, firewood, and paper making) and the draining of swamps for development were upsetting the moisture content of the air and the balance of radiation from the sun in a way that was causing the earth’s atmosphere to heat up. He asserted that the welfare of future generations would be associated with the management of natural resources. Marsh’s argument, which did not mention carbon dioxide, was amazingly prescient; he died in 1882 before the use of fossil fuels became widespread and climate change accelerated. Marsh was not technically trained as a scientist, but he had an agile mind and was a very astute observer.

In the mid-1950s, Roger Tory Peterson settled near the Connecticut River Estuary in Old Lyme, Connecticut, and for the next 47 years continued his stellar career as an environmentalist, author, and artist. He, too, was not a trained scientist, although his associates accorded him the status of a scientist (ornithologist), and the reach and quality of his research, publications, and field guides on birds and other facets of the environment earned him honorary doctorate degrees from several universities as well as a Presidential Medal of Freedom, two international awards, and nominations for a Nobel Prize. His Field Guide to Birds, which introduced his unique identification system of witness lines to distinctive features on birds and his alignment of the birds on each page in the same direction, to facilitate the detection of differences, became a best seller. Apart from his research, publications, and art, perhaps the greatest legacy of his activism is found in the disciples whom he mentored and who have carried on conservation work after him. His biographer, Elizabeth Rosenthal, identifies 16 of these people in Chapter 13 “Worldwide Progeny“ of her book Birdwatcher: The Life of Roger Tory Peterson (2008). The fall 2020 issue of Estuary magazine will feature an article on Roger Tory Peterson written by an environmental activist, Eleanor Robinson, who was greatly influenced by him (but was not included in the biography’s list). Eleanor, by the way, was one of the visionaries who founded the Roger Tory Peterson Estuary Center in Old Lyme.

My next example of environmental activists involves a husband and wife team whom I will not name in order to protect their identities. He was raised on a small farm in New Hampshire and spent his professional career in the insurance business. She is a professional photographer and artist. They lived frugally on a small farm, with a few animals and a vegetable garden, in the woods of a town on the Connecticut River in Connecticut. He made land and habitat preservation his passion; he both established a land trust around his property and served on the board of a much bigger land trust in town. When he discovered a piece of land for sale that would serve a suitable conservation purpose, he would purchase it, even if it would strap their financial resources. In the early 1980s, she was one of the founders of a local nature center, devoted to inspiring an appreciation of the environment in children, youth, and adults, and she remained on its board and active in fundraising events for over 35 years until she and her husband moved to a retirement community.

Together they wrote articles on town heritage in the local newspaper and letters-to-the-editor supporting the town’s open-space and other conservation initiatives. They also attended town meetings and zoning board sessions on controversial land-use issues. They were constant volunteers for invasive plant removal efforts and for river clean-up days; he even rigged a small crane and winch to his canoe to enable the retrieval of underwater junk. He was also renowned for his trail maintenance skills, which he applied to trails in several of the Connecticut River’s forests. Besides the nature center, two local land trusts, the local historical society, and a local land heritage group, they actively participated in the following organizations: Connecticut Forest and Park Association, Northeast Organic Farming Association, Connecticut Audubon Society, and a local Bike-Walk group. They tirelessly attended all of these organizations’ meetings and selflessly volunteered for their activities. A few years ago, she received a coveted Benchmark Award from the Connecticut Audubon Society for her extraordinary volunteer efforts at their nature center. They are also avid bicyclists who led a riding group every Wednesday, weather permitting; and they were instrumental in the planning and implementation of the first leg of a bicycle trail system in their town. Together they set a very high bar for the meaning of environmental activism. 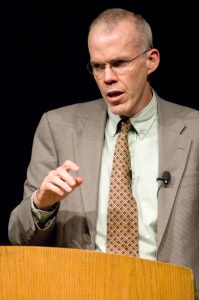 Bill McKibben speaks at Rochester Institute of Technology about global warming, consumerism, the economy, and his organizations, 350.org and Step It Up. McKibben's book, Deep Economy, was the common reading for all incoming freshman for the fall 2008 quarter at RIT.

Bill McKibben of Middlebury College, Vermont, is also the personification of an environmental activist. In countless speaking engagements and in the many articles and books that he has written, including The End of Nature (1989), Deep Economy: The Wealth of Communities and the Durable Future (2007), Eaarth: Making a Life on a Tough New Planet (2010), Oil and Honey: The Education of an Unlikely Activist (2013), and Falter: Has the Human Game Begun to Play Itself Out? (2019), McKibben presents insightful analyses and dire predictions of what is going to happen to the human race if we don’t cease our worsening assault on the environment. He is, in fact, continuing to sound the alarm that George Perkins Marsh first activated over a century and a half ago. McKibben has devoted his life and seemingly boundless energy to the calamity of climate change. He has organized many international conferences on the topic, founded the website 350.org, and received numerous awards and fellowships. Like our other exemplary environmental activists, Bill McKibben was not educated to be a scientist; he is, however, an experienced journalist, writer, and speaker on the environment who is widely acclaimed for his work.

What You Can Do to Become an Environmental Activist

First, you need to be informed and then develop the conviction that you can make a difference to the environment by volunteering in an area that interests you. For information and inspiration, you might start by reading Bill McKibben’s Deep Economy book cited earlier. Then read the book The Necessary Revolution: How Individuals and Organizations Are Working Together to Create a Sustainable World by Peter Senge et alii. Between these two books you will find steps to take and success stories that should convince you that you can contribute meaningfully to sustaining the environment. 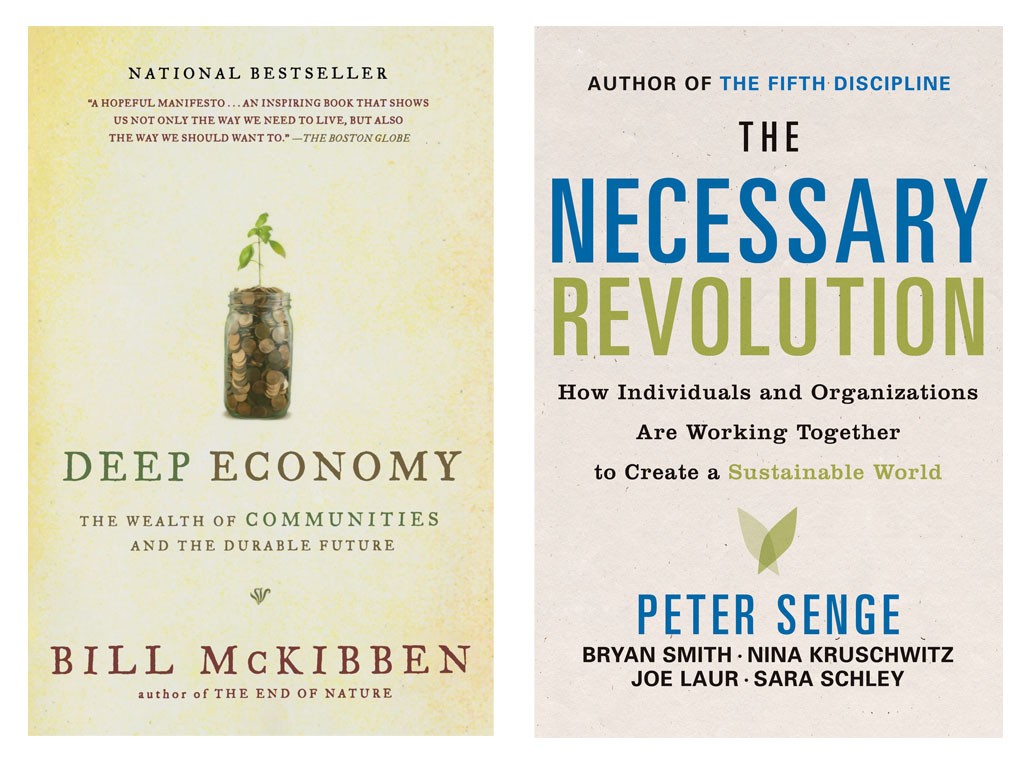 Having left you with a reading assignment, I will conclude next time with more details on a course of action to follow to become an environmental activist.