The Estuary’s Most [un]Wanted Plant is Under Water 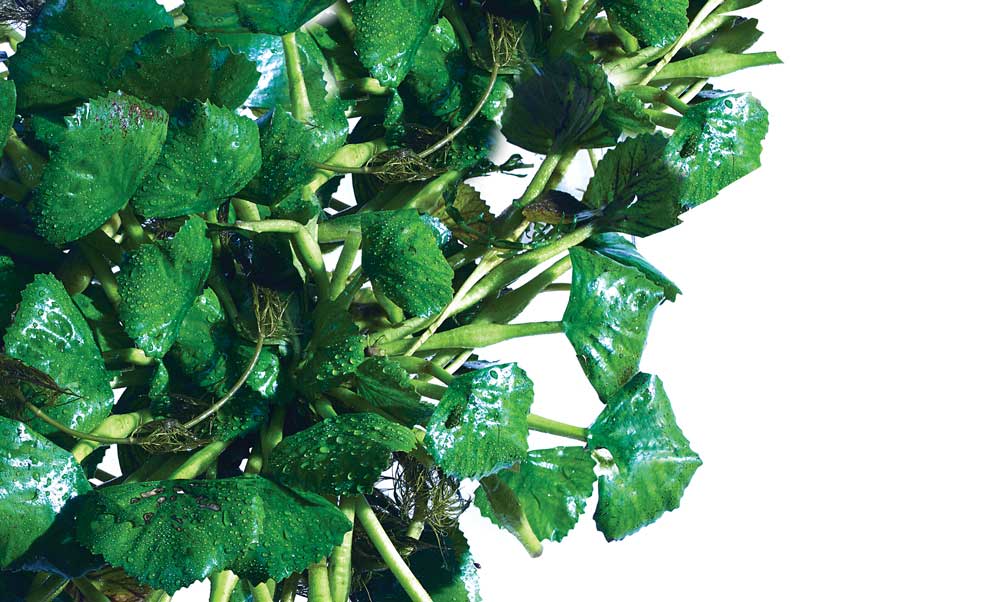 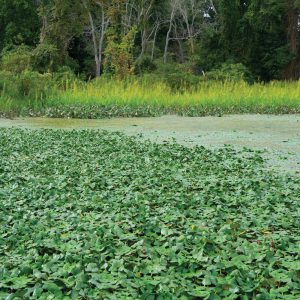 The aquatic plant known as Trapa natans has the unfortunate common name of water chestnut, leading people who are first hearing about it to think that it may well be a bonus source of that good appetizer, with a strip of bacon wrapped around it. 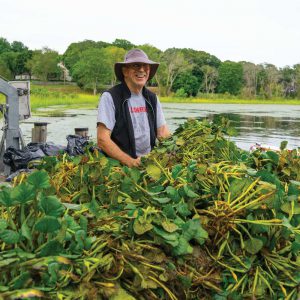 Early detection and control is essential to controlling Water Chestnut; extensive infestations in Lake Champlain in Vermont, and the Hudson River estuary in New York make it unlikely that complete eradication will be possible in those waters. Our estuary abounds with largely intact fresh, brackish, and saltwater tidal wetlands that are essential habitat for a concentration of resident and migratory bird and fish species. Water Chestnut has the potential to fundamentally alter the ability of the Connecticut River estuary ecosystem to continue to support the biological, economic, and social amenities that have been its hallmark. 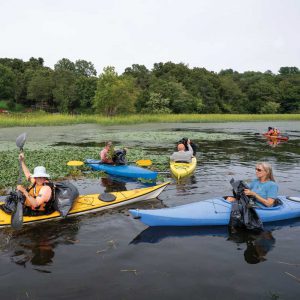 In 2018, after the discovery of large concentrations of another aquatic invasive plant, Hydrilla, in the Connecticut River north of Middletown, an email list serve was formalized to help conservationists problem solve about how to protect the Connecticut River and its many coves and marshes. It will take the persistence, resources, and energy of many people to stem the tide of these plants in the estuary—and the entire watershed. 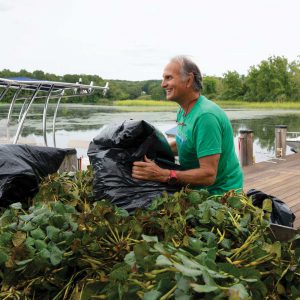 If you think you have found either of these plants, or are interested in helping join the effort to keep it out of the Connecticut River estuary, please contact Judy Preston ( judy.preston@uconn.edu), Margot Burns (mburns@rivercog.org), or Friends of Whalebone Cove (fowchadlyme@gmail.com). 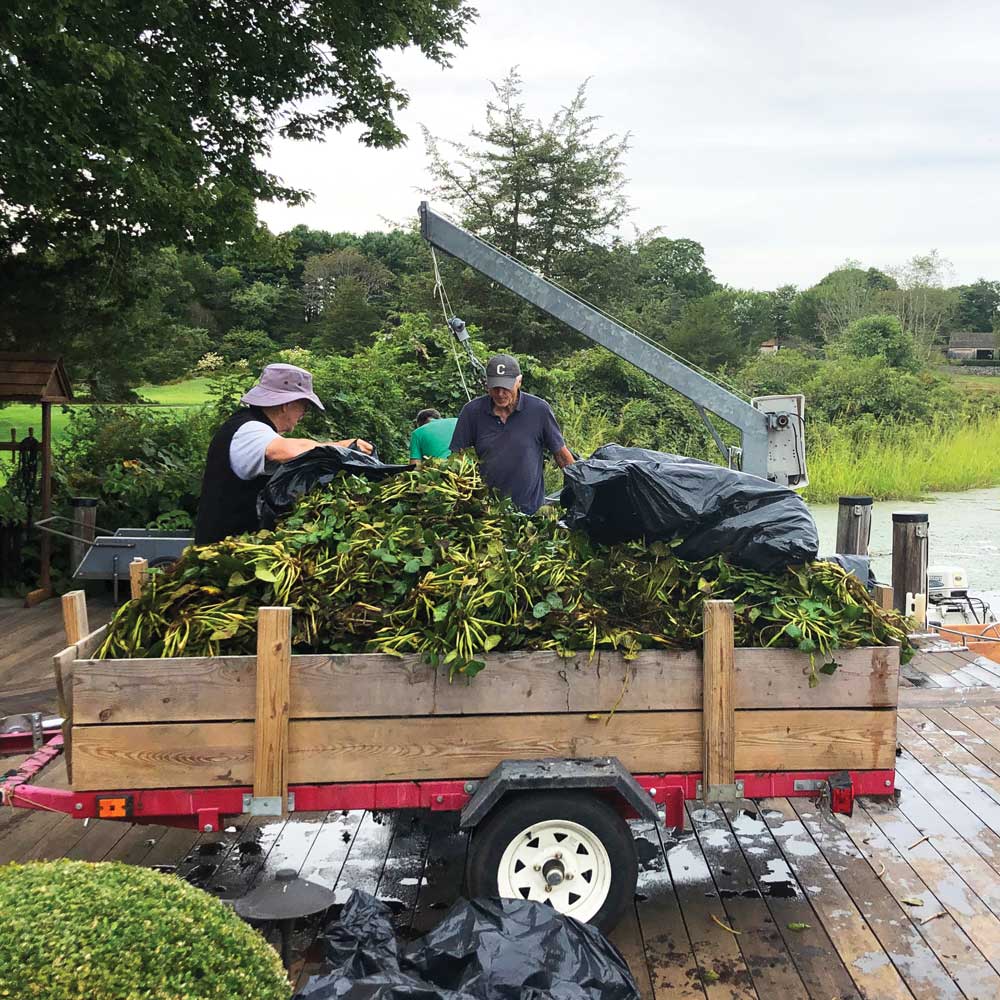