Letter from the Publisher:
estuary...A Magazine about Life of the Connecticut River 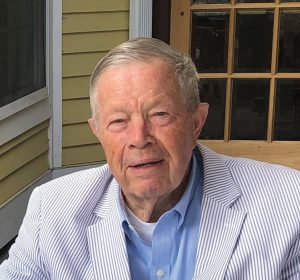 We elected to call our magazine estuary, not to focus on the estuary but because the estuary reflects the entire River and in fact its entire watershed, ecologically, historically, and recreationally.

There is an increased sense of community among those who share the same watershed, or valley, those areas that drain downward from a geological divider of some sort through lakes, rivers, and tributaries into something close to, say, sea level. Folks upstream realize that the way they live has an impact on those downstream, and those downstream are more respectful of how those who live upstream care for their stretch of the River.

One generally small fraction of any watershed, where it drains into the sea, is its estuary. The waters of estuaries are brackish, being a mixture of fresh water from upstream, and salt-water from the sea. Estuaries are home to unique plants and animals with many benefits to mankind. In the case of the Connecticut River, the estuary extends from Old Saybrook, Connecticut, where the River enters Long Island Sound, north for a distance of a mere 20 of the River’s 410 miles.

On a calm day, the estuary may also appear calm, but looks are deceiving. Underneath, with a rising tide, a massive salt-water wedge forces its way, with considerable unseen turbulence, along the bottom, with the less dense fresh water on top. Scientists know a great deal about these wedges, their chemical and biological makeup, and their impact, economic as well as ecological, on the estuary…and they want to know more.

Estuaries are important because of the unique plant and animal life they support. Water flows downstream carrying organic deposits from the entire watershed out into the sea (or Long Island Sound). Many of those deposits are subsequently returned upriver a relatively short distance by the next rising tide, thus providing the estuary with the lion’s share of the water-borne organic matter from the total watershed. Connecticut River’s estuary is a prime beneficiary of this phenomenon.

The Connecticut River estuary has adapted to a historic sea level rise of one tenth of an inch per year. To compensate, the estuary builds up its own shoreline with the large “clots” of organic matter that return upstream and are dispersed sideways into the marshes, with each tidal cycle. The increased rate of sea level rise to two tenths of an inch per year, which is what we are told is the rate today, may become too much for the estuary, and wetlands and salt marshes may not be able to keep their “heads above water.”

James O’Donnell, a scientist with the University of Connecticut’s Marine Sciences Department, has estimated that the sea level along Connecticut’s eastern shoreline may rise by as much as 20 inches by 2050. This means an average rate of half an inch per year, more than twice the two-tenths of an inch that is estimated to be the rate today. This could become a large problem for the estuary and for the many thousands of people who live in flood plains along the estuary.

And this is just one of the challenges facing the Connecticut River that we intend to cover in Estuary. The magazine will bring to our readers a wide range of topics about the “life and health of the River” covering not only science and conservation, but also recreation, birds and other wildlife, people, lifestyle, and history.

We at estuary can never know as much as we would like about the Connecticut River and its watershed. We can’t wait, however, to kayak down the Ottauquechee River in Vermont, traverse the Metacomet-Monadnock Trail around Mount Tom near Holyoke, Massachusetts, or cast a dry fly upon the Farmington River. We are excited as we observe, step by step, what scientists are doing to understand, preserve, and restore important features and attributes of the River.

We have thoroughly enjoyed these past few months just beginning to satisfy our curiosity about this region. We hope many of you will paddle along with us to learn much, much more about this amazing place we are fortunate to call home.